NYT: Hillary's Publisher is 'Unlikely to Recoup' Her Book Advance 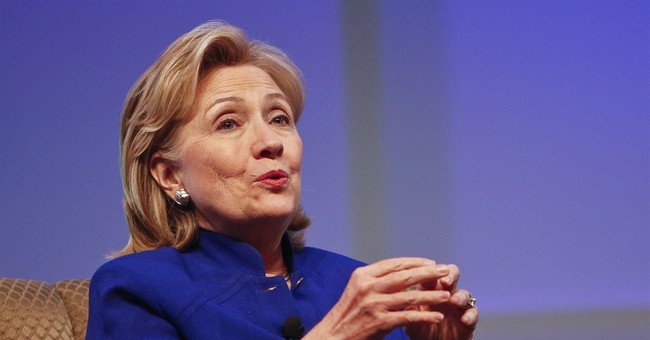 The media was all too quick to promote former Secretary of State Hillary Clinton’s book “Hard Choices.” Now, as her memoir has produced much less than desired, they’re all too quick to forget.

Clinton’s sales may not seem so bad on the cover, but as the NYT (begrudgingly?) explains in the piece, “A Provocateur's Book on Hillary Clinton Overtakes Her Memoir in Sales,” the numbers are disappointing considering what her publisher initially expected:

Here are the specifics:

Current sales figures of 177,234 copies not including e-books, according to Nielsen BookScan, mean Simon & Schuster is unlikely to recoup Mrs. Clinton’s advance and could fall far short of the one million copies shipped to bookstores, industry executives said.

It is most interesting that Ed Klein’s “Blood Feud: The Clintons vs. The Obamas” overtook Clinton in book sales (check out my interview with Klein here), for his book is highly critical of both the Clintons and the Obamas. It also proves that the conservative book audience is still thriving. The NYT touches on this, yet the headline they chose suggests editors wanted to place more attention on the “controversial” “Blood Feud” author, who cites a number of unnamed sources in his book, rather than Clinton’s unsatisfactory sales.

At least they considered it news fit to print.

Speaking of books, have you bought your copy of Townhall News Editor Katie Pavlich’s second book, “Assault and Flattery?”