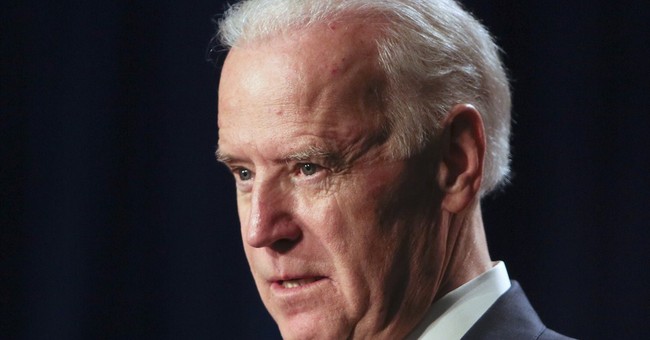 Vice President Joe Biden has not yet decided whether or not he will attend Israeli Prime Minister Benjamin Netanyahu’s March speech to a joint session of Congress White House Press Secretary Josh Earnest said Wednesday.

“The vice president’s schedule for that week has not yet been set,” Earnest claimed, declining to say whether or not Biden would attend. Pressed for President Obama's view on whether Biden, or other congressional Democrats, should go to the speech, Earnest would only say that "individual members must decide for themselves" whether or not to attend.

Earnest did say that Biden takes his attendance responsibilities at joint sessions of Congress very seriously and has only missed two during his term as vice president.

The White House has already announced that Obama will not meet with Netanyahu when he visits Washington in March, and pressure is growing on Congressional Democrats to follow suit by not attending Netanyahu's speech.

According to Earnest, it is White House policy not to interfere in foreign elections by allowing the president to meet with foreign leaders close to elections. Israel is scheduled to vote on control of the Knesset on March 17th, about two weeks after Netanyahu's scheduled speech.

Netanyahu has been a vocal critic of Obama's negotiations with Iran over their nuclear program. Under a separate line of questioning Earnest allowed that "progress has been made" on those negotiations but key sticking points still remain.