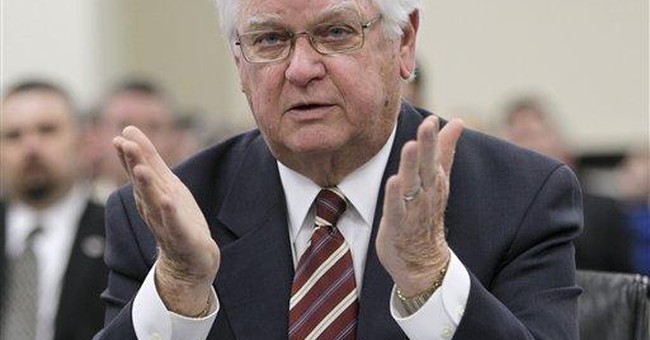 Today, at a House Republican Conference meeting, Rogers reportedly pitched his colleagues on a plan to fully fund the federal government, including Obama's amnesty, now, and then pass a separate bill rescinding those funds next year after Obama announces his plan.

“Chairman Rogers just got up and said if we pass an omnibus and then the president does this executive amnesty, he said we can rescind it, and we can rescind it with 218 and 51 and we don't need the president. That's what he just told me. I've never heard that before,” Rep. Matt Salmon (R-AZ) told Breitbart.

One reason Salmon probably never heard that before is that it just plain isn't true. Rescission bills are just like any other bill and must survive a Senate filibuster and be signed by the president. A 2014 Congressional Research Service Report reads: "As budget authority providing the funding must be enacted into law, so too a rescission cancelling the budget authority must be enacted into law."

If Rogers is telling his colleagues they can fully fund Obama's amnesty now, and then defund it later without Obama getting an opportunity to veto, he is, at best, mistaken.