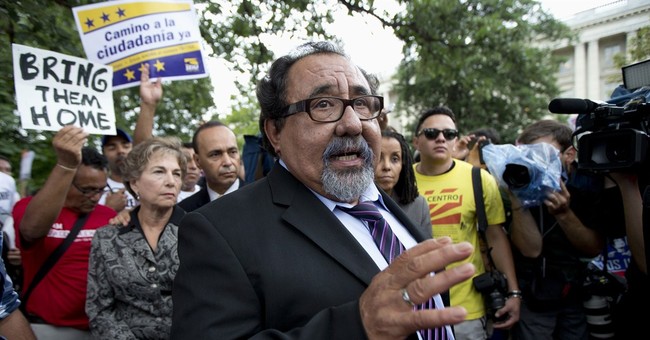 That is not enough for the CPC. The memo, authored by CPC co-chairs Rep. Raul Grijalva (D-AZ) and Keith Ellison (D-MN) says Obama should extend his amnesty benefits to:

It is hard to imagine how any illegal immigrant would not qualify for amnesty under these proposals, but the MPI estimates that such a program would extend amnesty to "over 7 million undocumented immigrants."

The CPC does have a strong logical case. If Obama's 2012 Deferred Action for Childhood Arrivals program is legal, then there is no limit to who Obama can grant amnesty to. If Obama can give amnesty to DACA recipients, then he can give it to their parents, to their siblings, to anyone in the world really.

The only way conservatives can stop this amnesty is to defund it. They must include language in the next government funding bill specifically forbidding Obama from spending any money issuing documents to illegal immigrants.

If they don't, then Obama will be free to give work permits, Social Security numbers, and drivers licenses to whoever he wants.