Yes, Uber is a Highly Ideological and Political Issue 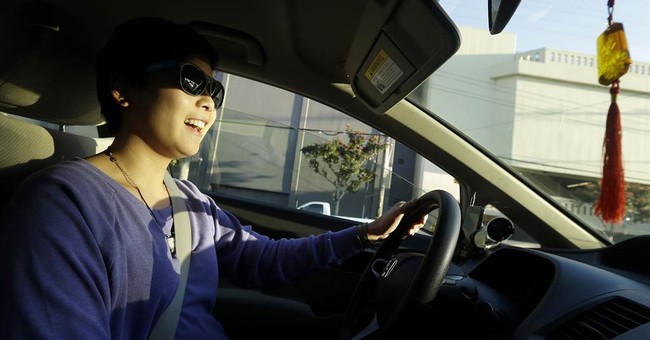 The American Prospect's Paul Waldman does not think highly of recent Republican Party efforts to expand their appeal by promoting "sharing economy" companies like Uber. It's not that Waldman has anything against Uber, he just thinks their is no political salience to the issue. Waldman writes:

I have no problem with the Republicans embracing Uber. Taxi regulations usually have a logic to them, but they can also be ridiculous. In the places where Uber is being fought, it's a pure battle of interests, with the existing businesses fighting to keep their privileged position. It's really not an ideological contest at all.

Not all progressives, however, seem to agree with Waldman. Dean Baker, co-founder of the progressive Center for Economic and Policy Research, recently wrote for The Guardian:

But the downside of the sharing economy has gotten much less attention. Most cities and states both tax and regulate hotels, and the tourists who stay in hotels are usually an important source of tax revenue (since governments have long recognized that a modest hotel tax is not likely to discourage most visitors nor provoke the ire of constituents). But many of Airbnb's customers are not paying the taxes required under the law.

Airbnb can also raise issues of safety for its customers and nuisance for hosts' neighbors. Hotels are regularly inspected to ensure that they are not fire traps and that they don't pose other risks for visitors. Airbnb hosts face no such inspections – and their neighbors in condo, co-ops or apartment buildings may think they have the right not to be living next door to a hotel (which is one reason that cities have zoning restrictions).

Insofar as Airbnb is allowing people to evade taxes and regulations, the company is not a net plus to the economy and society – it is simply facilitating a bunch of rip-offs. Others in the economy will lose by bearing an additional tax burden or being forced to live next to an apartment unit with a never-ending parade of noisy visitors, just to cite two examples.

The same story may apply with Uber. Uber is currently in disputes with regulators over whether its cars meet the safety and insurance requirements imposed on standard taxis. Also, many cities impose some restrictions on the number of cabs in the hopes of ensuring a minimum level of earnings for drivers, but if Uber and related services (like Lyft) flood the market, they could harm all drivers' ability to earn even minimum wage.

So far from a harmless and isolated "battle of interests" in the transportation sector, it turns out that "sharing economy" companies like Uber and Airbnb challenge the very legitimacy of many government fixes to supposed market failures.

Consumers are essentially being offered two economies: 1) a traditional, highly regulated economy that supposedly ensures their safety, protects them from fraud, and promises a minimum level of quality, but at a higher cost and with limited flexibility; 2) a modern, essentially unregulated economy where people rely on information provided by their peers to ensure their own safety, protect them from fraud, and secure valuable services.

The more younger voters use, choose, and identify with the second model for organizing human behavior, the more likely they are to be sympathetic to Republican limited government messages.

Does the spread of Uber and Airbnb guarantee Republican dominance? No. But by embracing the sharing economy Republicans have found an innovative way to introduce their brand to a wider population of voters that are normally told, in Waldman's words, that Republican only like "cutting taxes" and "trying to keep gay people from getting married."