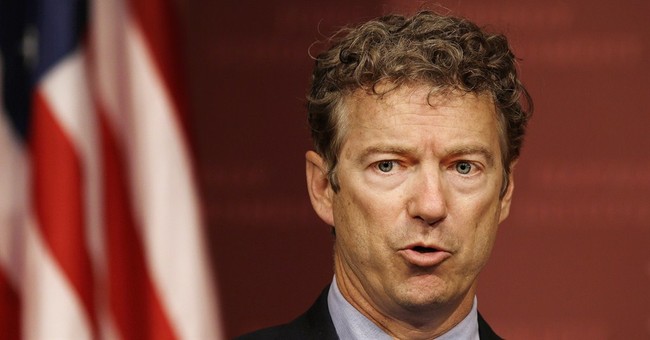 Do these comments signal a strategic GOP retreat, or are they merely nods to prevailing political realities? Put another way, are McMorris Rodgers and Paul being descriptive or prescriptive? From an objective standpoint, it is simply a fact that Obamacare -- or whatever current permutation of the law may count as "Obamacare" on any given day -- will remain the law of the land until at least 2017. Even then, repealing the law will require a Republican president and a Republican Congress, with members willing to use hardball legislative tactics such as reconciliation to peel it back. ...

Merely taking note of these factors and planning accordingly isn't "selling out." It's grappling with reality as it exists, not as one wishes it would be. ... McMorris Rodgers and Paul have each made clear that they remain committed to the goal of repeal, but they're also discussing various methods of dismantling aspects of a law that will remain on the books for at least the next few years -- during which time, to Sen. Paul's point, more Americans will become dependent on it.

I think this is dead on. Yes, Obamacare is terrible public policy and it is still wildly unpopular. But that does not mean a majority of Americans want to eliminate it entirely tomorrow. Just look at the latest Kaiser Health Poll finding that while only 38 percent of Americans view Obamacare favorably, just 35 percent want to see the law repealed entirely, while a whopping 58 percent want to see it "improved."

And how do Americans want to see Obamacare improved? Unfortunately, the Kaiser poll is completely useless on this question. It does not ask about any specific measures that would change the law. But other polls have.

The individual mandate has always been unpopular and the employer mandate is widely understood to be a job killer. Why not repeal them both and scale back some of the other insurance mandates that are driving up premiums? Such a limited bill would both reduce federal spending and reduce the cost of employment by hundreds of billions of dollars over the next ten years.

True, Obamacare's Medicaid expansion would be left untouched as well as the changes it made to Medicare. But both of those programs were in dire need of reform before Obama was even in the Senate, let alone the White House.

Why not tackle each program separately? Sell the American people on the more popular rollbacks to Obamacare and then tackle Medicaid and Medicare later, one at a time. There is no reason the entire health care system has to be fixed with one bill. That is how Democrats try and legislate, not Republicans.

The American health care system was broken before Obama tried to fix it. Fetishizing full repeal at the expense of smaller, more popular, reforms would be a huge mistake.