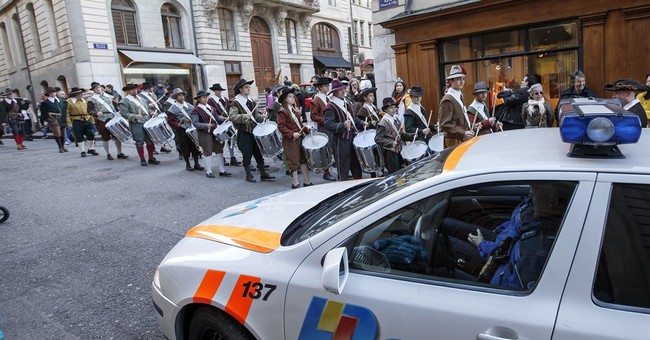 Jackson, Mississippi Councilman Kenneth Stokes is possibly facing an investigation after suggesting that city residents throw rocks, bottles, and bricks at policemen who enter the city in pursuit of a criminal. Stokes suggested this in response to police officers from other jurisdictions who chase petty criminals into the city, and suggested that throwing projectiles at the officers would dissuade officers from doing as such.

Councilman Kenneth Stokes has a reputation of saying what he thinks and stirring controversy.

"Let's get rocks; let's get bricks, and let's get bottles," Stokes told CNN affiliate WJTV. "And we'll start throwing them, and then they won't come in here anymore."

It was no one-off quip. Stokes repeated the suggestion to other local news outlets.

"When you have these police officers coming from other jurisdictions and they will not respect human life, then I said we should use rocks, bricks or bottles to try to get the message over: stop endangering our children," Stokes told Jackson's The Clarion-Ledger newspaper.

While these comments are certainly jaw-dropping, they may also be criminal. Mississippi Governor Phil Bryant (R) posted on Facebook that he is requesting that the state's attorney general investigate Stokes to see if his remarks would constitute a criminal threat against officers:

Below is my full statement regarding Jackson city councilman Kenneth Stokes’ remarks about law enforcement officers. “...

These comments make me sad, because they do nothing productive to address a situation and instead spark more controversy and anger. Police brutality and the militarization of police forces are things that should rightfully be discussed, but Stokes' comments do nothing to aid in that discussion. Instead of discussing whether or not the police forces in the area were acting appropriately, we're now discussing how an elected official is encouraging people to throw rocks at officers. (Which is never okay.)

It is dangerous to throw rocks at cars--people have been maimed or killed by such acts. It is incredibly irresponsible (and possibly criminal) for an elected official to use this kind of rhetoric, and it is right that Stokes is being investigated.