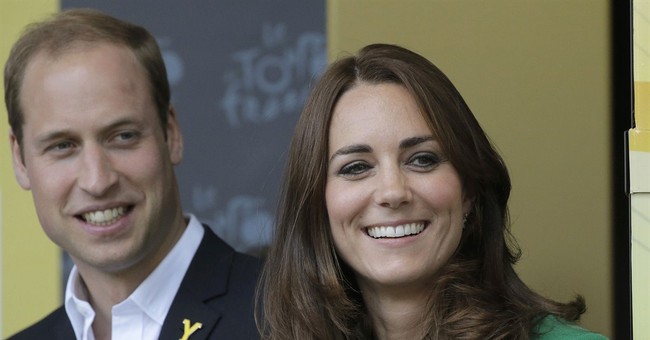 Kate Middleton, the Duchess of Cambridge, gave birth to a daughter earlier today in London. While her name has yet to be released, she weighed eight pounds three ounces at birth, and both mother and daughter are reportedly doing well and are "very happy."

The birth was announced both on Twitter and via a town crier, who was possibly self-appointed.

Her Royal Highness The Duchess of Cambridge was safely delivered of a daughter at 8.34am.

It is expected that the Princess's name will be revealed within a few days. Her official title is "Her Royal Highness The Princess of Cambridge," and she is fourth in line for the throne after her grandfather, father and brother.