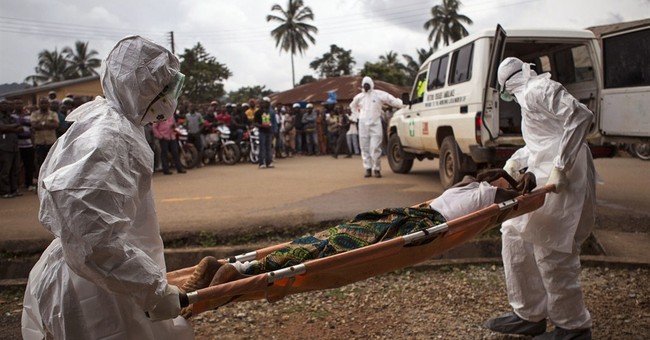 The last remaining Ebola patient in Liberia has been discharged from the hospital, officials say. While the country isn't entirely out of the woods yet, this is certainly a positive step for a country that has been ravaged for a year by the deadly virus.

After months of trying to contain the virus, the country currently has no confirmed Ebola patients. If no new cases are discovered in the next month, Liberia will be able to officially say it’s Ebola free — a designation given 42 days after the last new Ebola infection, twice the normal incubation time for the disease.

The milestone may only signal temporary, though significant, reprieve. With two neighboring countries still fighting the disease, there is the possibility that the disease could pop up in the country again. However, the announcement marks a notable achievement in the country’s fight against Ebola, which has killed 10,000 in West Africa since the epidemic broke out a year ago.

Liberia was hit hardest by the Ebola outbreak, with nearly half of all deaths from the virus occurring in the country. Thomas Duncan, who was the first Ebola patient to die in the United States, was a Liberian native.

Normally, Ebola outbreaks resolve themselves rather quickly as the illness typically kills patients before they get a chance to spread the disease. This outbreak is unusual in its length.