Obama Administration Marches on With Their War on Nuns 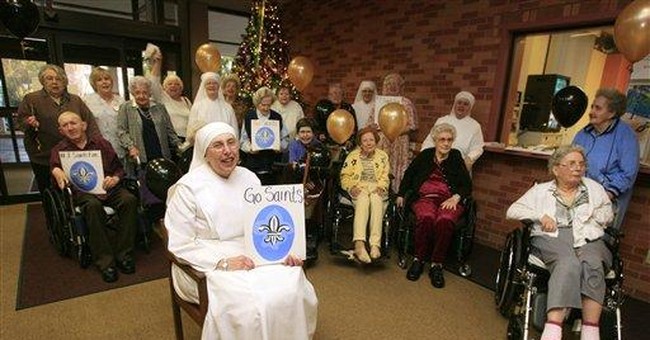 Nearly a year ago, a group of Catholic women religious filed suit against the Obama administration due to the HHS Mandate. Today, the administration announced that their court case against the Little Sisters of the Poor will continue, in spite of the Hobby Lobby court decision last June.

The Little Sisters of the Poor do not want to provide contraception coverage to employees of their nursing homes as this would violate their religious beliefs. The Little Sisters of the Poor provide care for the elderly poor, regardless of their religious affiliation. As the sisters refuse to serve and employ only Catholics, they do not meet the qualifications of a "religious employer."

The pro-life attorney explained to LifeNews that today’s action confirms the Obama administration is continuing its fight to use the Little Sisters’ health plan–provided by Christian Brothers Services–to provide potentially life-terminating drugs and devices in violation of their religious beliefs. The new regulations provide that the nuns’ approval can be written on a different form, and be routed through the government to Christian Brothers and any other plan administrators.

“Merely offering the Little Sisters a different way to violate their religion does not ease their conscience,” said Keim. “Adding another layer of paperwork is a solution that only a bureaucrat could love. The federal government has many ways to deliver contraceptives. There’s no reason it should force nuns to do that for them; the First Amendment and Religious Freedom Restoration Act offer two very good reasons why it shouldn’t.”

The Little Sisters of the Poor were named to NOW's "Dirty 100" list earlier this year for daring to stand up for their religious beliefs.

Courts have sided with religious freedom on the issue of the Contraception Mandate nearly 90 percent of the time.