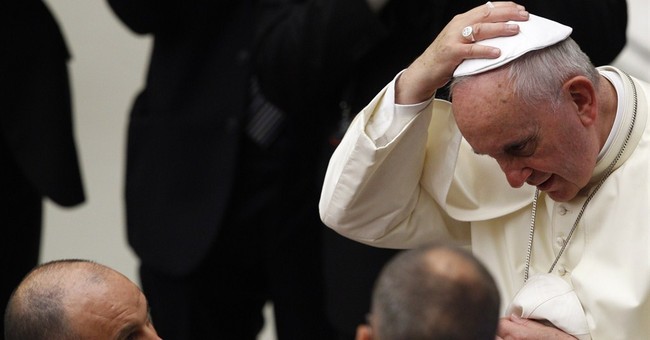 Pope Francis called the parents of slain journalist James Wright Foley on Thursday afternoon to offer his condolences. Foley was a faithful Catholic who previously wrote about praying the Rosary to keep himself focused while in captivity in Libya, as well as the power of prayer sustaining his strength while imprisoned.

I prayed she’d know I was OK. I prayed I could communicate through some cosmic reach of the universe to her.

I began to pray the rosary. It was what my mother and grandmother would have prayed. I said 10 Hail Marys between each Our Father. It took a long time, almost an hour to count 100 Hail Marys off on my knuckles. And it helped to keep my mind focused.

Clare and I prayed together out loud. It felt energizing to speak our weaknesses and hopes together, as if in a conversation with God, rather than silently and alone.

Pope Francis spoke to the Foleys through a translator for about 20 minutes, and the Pontiff was described as being "compassionate" and "loving" on the phone. Foley's father has described his son as a "martyr for freedom."

President Obama also called the Foleys on Thursday to express his sympathy.

The murder of James Foley by ISIS militants is a tragic loss that has rightfully been condemned by just about everyone. Kudos to Pope Francis for taking the time to console his parents.