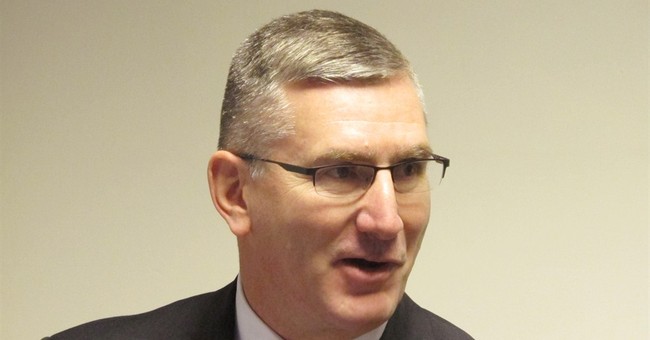 All but two members of the U.S. Senate are either Democrats or Republicans. As a result of this fact, it shouldn't be too challenging for a media organization to, you know, double check the party affiliation of a senator before tweeting that they may be suspending their campaign.

This task is apparently too challenging for the folks over at Talking Points Memo, a left-leaning site, who tweeted the following last night:

One small issue: Walsh, who is accused of plagiarizing about a fourth of his master's thesis, is not a Republican. He's a Democrat—something a two-second search on Google would have revealed.

Talking Points Memo has not corrected the tweet, although the linked article does properly identify Walsh's party affiliation.