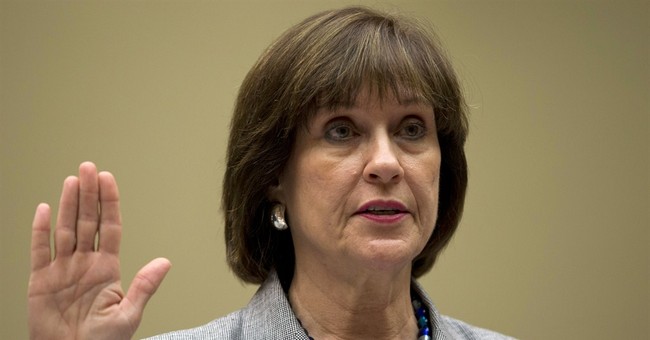 The House of Representatives voted today to hold former IRS executive Lois Lerner in contempt of Congress. Lerner had previously refused to answer questions regarding her role in the IRS targeting scandal. Six Democrats voted with the Republicans in favor of holding Lerner in contempt of Congress in what was otherwise a vote split along party lines.

Lerner had previously waived her Fifth Amendment rights, then bizarrely tried to "reclaim" them and refused to answer any questions.

The House of Representatives voted 231 to 187 Wednesday to hold former Internal Revenue Service official Lois Lerner in contempt of Congress -- a long-anticipated vote that came just a few days short of the one-year anniversary of Lerner's first apology for the tax agency's decision to improperly target and investigate conservative-leaning tax-exempt political organizations.

The House of Representatives also voted this evening on the creation of a committee to investigate the IRS targeting scandal. This passed by a vote of 250-168, with 26 Democrats voting alongside Republicans for the creation of the committee.