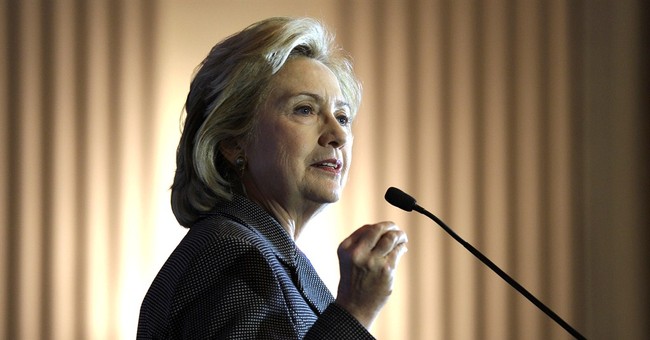 MRCTV's Dan Joseph took to George Mason University's campus to gauge student reactions to a Hillary Clinton quote from 2000 that stated that marriage is between a man and a woman. None of the students correctly guessed that the quote was from Clinton, and most were flabbergasted that she had once professed conservative views on marriage.

"Marriage has got historic, religious and moral content that goes back to the beginning of time and I think a marriage is as a marriage has always been, between a man and a woman."

Many students were quick to accuse Clinton of flip-flopping on the issue when it became politically convenient. In what was probably the most accurate statement in the video, one student remarked that Clinton probably doesn't think all that much about gay marriage.

Clinton fully "evolved" on the issue of gay marriage in 2011.