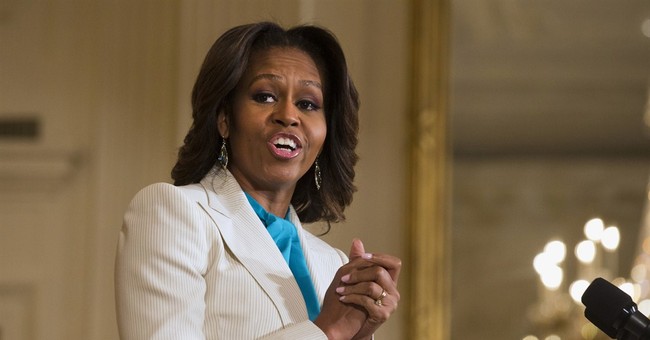 An invitation to Michelle Obama to speak at the Topeka Unified School District 501 graduation ceremony by the district has some parents and students crying foul. The First Lady's appearance caused the district to combine all five schools' graduation ceremonies into one mega-ceremony, and may force limitations on the number of tickets that can be distributed to friends and families. A petition drive has been started to request that the district reconsider their plans about the combined ceremony, or have Michelle Obama speak at a separate event from the graduation. The First Lady was invited to speak on the anniversary of the Brown v. Board of Education decision that struck down segregation in schools.

"I'm a single mother who has raised him for 18 years by myself," said Tina Hernandez, parent of Topeka High School senior Dauby Knight. "I've told him education is the only way out. This is one of the biggest days of their lives. They've taken the glory and shine from the children and put on Mrs. Obama. She doesn't know our kids."

Taylor Gifford, a senior at Topeka High School, started the petition drive not for political reasons, but because she is the oldest of eight children and is worried that her siblings and relatives would be shut out of the ceremony due to the new ticket limits. Graduates in years past have not been subjected to a ticket limit and were free to bring unlimited friends and family members to the ceremony. While no formal ticket limit has been set, families were advised last week to plan on receiving four tickets.

Gifford said her initial reaction to the news was excitement, saying she was "freaking out" about the prospect of the first lady speaking at graduation. When rumors of limited tickets surfaced, Gifford felt like the focus was being shifted from the students to Obama.

"People think it's a great opportunity, but it's the graduates' time. They are getting that diploma that they worked so hard for," Gifford said. "Families are feeling that they are being cheated out of the loved ones special day."

This is definitely a tricky situation, and it's easy to see where both sides are coming from. While the students are lucky that a figure like Michelle Obama is willing to speak at their graduation ceremony, it appears that this is creating a logistical nightmare for parents and students--who should be the main focus of the event. High school graduation is, for some of these students, the biggest event of their lives so far, and represents a major accomplishment that should be celebrated with as many people as possible. I think the obvious solution would be to revert to the original plan of separate graduation ceremonies for each school (meaning that graduates would be able to invite as many people as they wish), with the First Lady speaking at a different event that graduates can choose to attend.