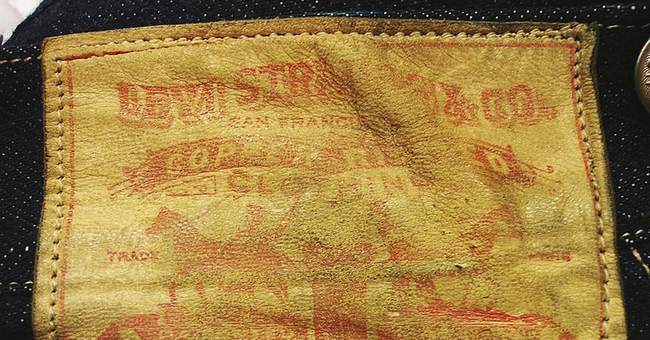 Nike isn’t the only company that’s decided to try its hand at political activism this week. On Tuesday, Levi Strauss & Co. CEO Chip Bergh published a piece for Fortuneoutlining his company’s official plans to team up with Michael Bloomberg’s “Everytown for Gun Safety” group to fund new efforts at promoting gun control legislation with other American business leaders.

“I’m proud to announce,” Bergh said in the piece, “that Levi Strauss & Co. is partnering with Everytown for Gun Safety and executives including Michael Bloomberg to form Everytown Business Leaders for Gun Safety, a coalition of business leaders who believe, as we do, that business has a critical role to play in and a moral obligation to do something about the gun violence epidemic in this country.”

After lamenting that “Americans shouldn’t have to live in fear of gun violence” and touting his company’s history as “a pioneer of the American West and one of the great symbols of American freedom,” Bergh went through the updates that Levi and Strauss intends to make to its pro-gun control policies in some detail (Levi’s has already banned concealed and open carry of firearms in their stores nationwide).

In addition to promoting Levi and Strauss’s new partnership with Everytown, Bergh announced the creation of a “Safer Tomorrow Fund” that will give more than one million dollars over the next four years to “national and grassroots organizations that are working to stem gun violence in America,” according to Levi and Strauss’s website. Included among those organizations is “Live Free,” an interfaith congregational group that describes itself as “working to end the scourges of gun violence, mass incarceration, and the criminalization of Black and Brown bodies that tears at the soul of our society.” Levi and Strauss will also use the Safer Tomorrow Fund’s resources to help former Congresswoman Gabriel Giffords’s “Giffords: Courage to Fight Gun Violence” group and “Everytown for Gun Safety” in their efforts to push for new gun control legislation and the local, state, and national levels.

As a third measure, Bergh declared that Levi and Strauss plans to double its employee donation matches to the above organizations aligned with the Safer Tomorrow Fund and will also be “encouraging employees who are concerned about gun violence to get involved” by allowing them to count hours spent engaging in political activism as part of their five hours a month of company-paid volunteer time.

While Bergh did ultimately acknowledge that Americans cannot “insulate ourselves from every threat (of gun violence),” he appears to believe that this rhetoric only applies to arguing against the concealed carry of firearms in more places in America. The Levi’s CEO did not explain his reasoning for this position. However, Bergh was pretty clear about his and Levi’s broad support for enacting gun bans and universal background checks as the first “common-sense, measurable steps” towards a safer country:

“I’m not here to suggest we repeal the Second Amendment or to suggest that gun owners aren’t responsible. In fact, as a former U.S. Army officer, I took a solemn oath to support and defend the Constitution of the United States. But as retired four-star general Michael Hayden once said, ‘There are some weapons out there that frankly nobody should have access to. And actually, there are some people out there who should never have access to any weapons.’

“We can’t insulate ourselves from every threat. We can’t ‘harden’ every place we gather—whether it be our schools, workplaces, shops, churches, or entertainment venues. But we can take common-sense, measurable steps—like criminal background checks on all gun sales—that will save lives.”

Although Bergh also admitted that his company’s pro-gun control advocacy could turn off potential customers, Bergh made the case that his company’s decision to promote left-wing political activists and their causes was perfectly consistent with Levi and Strauss’s long history of supporting civil rights and progressive activism:

“As a company, we have never been afraid to take an unpopular stand to support a greater good. We integrated our factories in the American South years before the Civil Rights Act was passed. We offered benefits to same-sex partners in the 1990s, long before most companies did. We pulled our financial support for the Boy Scouts of America when it banned gay troop leaders.

“While each one of these stands may have been controversial at the time, history proved the company right in the long run. And I’m convinced that while some will disagree with our stand to end gun violence, history will prove this position right too.

“Our country has faced seemingly intractable issues like this before, but together we’ve overcome them. We can do it again. Together we can put an end to the gun violence epidemic in America.”

You can find Bergh’s piece in Fortune magazine online at this link.