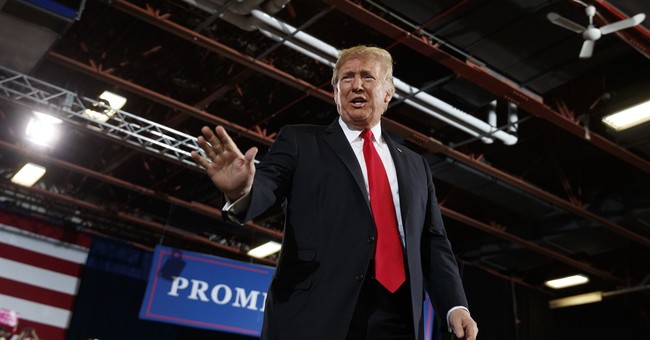 The mayor of Sheffield, England has openly declared that Donald Trump is “banned” from the city in advance of the president’s upcoming trip to the UK later this month. Lord Mayor Magid Magid, who originally came to Britain at the age of five as a Somali refugee, first made his declaration at a city council meeting while sporting a sombrero and wearing Sheffield’s mayoral chains around his neck.

I Magid Magid, Lord Mayor & first citizen of this city hereby declare that not only is Donald J Trump (@realDonaldTrump) a WASTEMAN, but he is also henceforth banned from the great city of Sheffield!

Magid also used his platform to expound upon the five reasons why Trump is a “wasteman,” most of which revolve around Magid’s apparent support for open borders, environmentalism, and the Palestinian government:

5 Reasons (of thousands) Why Donald Trump Is a WASTEMAN! pic.twitter.com/9lG3Yujhdp

Furthermore, Magid encouraged Britons to rise up and “beat Donald Trump,” suggesting that they join mass demonstrations against the president, donate to and work for mosques, abortion clinics, and political organizations that oppose the Trump administration’s policies, and lobby other local government representatives to openly and vocally fight the president:

5 things we can do to beat Donald Trump pic.twitter.com/HuPY8sd0Gc

Although it is one of the largest cities in the UK with just over half a million residents, there is no evidence that Sheffield is on President Trump’s itinerary for his visit, which largely appears to consist of meetings with Prime Minister Theresa May in London, although Trump may indeed visit other parts of the country if he chooses to do so.

Moreover, according to the BBC, Sheffield’s City Council confirmed that, unsurprisingly, Lord Mayor Magid does not have the unilateral power to ban anybody from Sheffield by a dictatorial Twitter decree. Nevertheless, the council has stated that it may be willing to vote on a symbolic denunciation of Trump for his political views after going “through a collective, democratic debate and process.”

Thus, even given the nature of Mayor Magid’s declaration being little more than a political stunt, he may very well be able to help coordinate large protests in the UK along with his political fellow travelers from the Labour and Green parties during the time that Trump is in the country. Magid would also likely have the moral if not the open support of London Mayor Sadiq Khan, who last year called for the president’s state visit to be cancelled after Trump criticized Khan in two separate tweets for the mayor’s response to the London Bridge terrorist attack:

“When you have a special relationship it is no different from when you have got a close mate. You stand with them in times of adversity but you call them out when they are wrong. There are many things about which Donald Trump is wrong.”

Despite his cheery words about the “special relationship” between the United States and the UK, the growth in power of politicians like Mayor Khan and Lord Mayor Magid shows that there is increasingly little love lost between the two countries as Britain’s political establishment shifts ever further to the left.