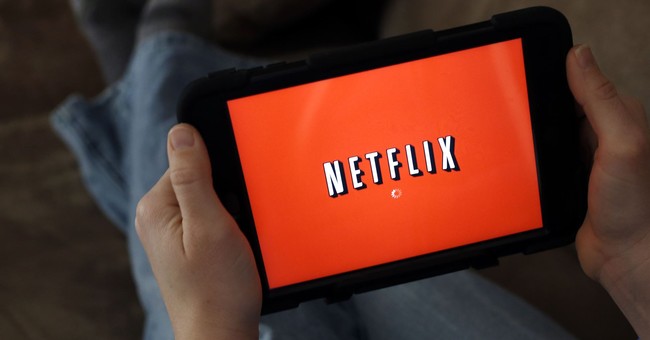 As part of an effort to further the goals of the #MeToo movement and enforce more stringent sexual harassment guidelines in the workplace, Netflix has independently implemented a series of feminism-inspired rules for some of their employees who work on shows like “Black Mirror” in the United Kingdom.

Among the most bizarre of these new rules is Netflix’s directive to film crew members that they should never “look at anyone for longer than five seconds.” This appears to be an attempt to stop all flirting in the workplace, and to be fair, it is quite hard to imagine how sexual harassment could take place at Netflix in the absence of normal social interactions where people look at each other while having conversations that last longer than five seconds.

But just to make super sure that absolutely no sexual harassment takes place at Netflix, there are plenty of other new rules, including bans on giving “lingering hugs,” touching anyone for “a lengthy period of time,” or asking for colleagues’ phone numbers.

Netflix employees who have received the guidelines have also been encouraged to shout at “inappropriate” co-workers to stop their behavior and even “report” colleagues “who [have] given anyone unwanted attention.”

In response to inquiries from The Sun and The Independent about the new rules, Netflix neither confirmed nor denied their existence, instead issuing both news outlets a blandly predictable statement extolling the internet TV titan’s purported efforts to “empower people on our sets to speak up”:

“We’re proud of the anti-harassment training we offer to our productions. We want every Netflix production to be a safe and respectful working environment. We believe the resources we offer empower people on our sets to speak up, and shouldn’t be trivialized.”