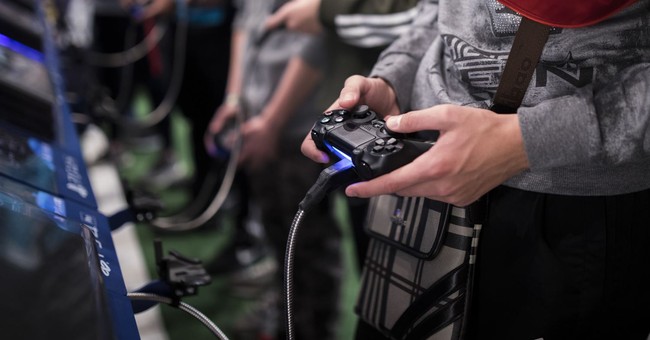 The game, titled Negilgee: Love Stories, is reportedly based upon a four-part anime visual novel, where the player makes decisions for the various characters--including decisions to engage in forced sexual activity.

Although adult games have apparently been available on Valve’s Steam platform for years, the world’s largest digital video game distributor--to both children and adults--generally required that explicit sexual content be filtered out. If players wanted to access those scenes, they would need to first download a patch from the game developer’s website.

Valve has decided to do away with such requirements, allowing game developer Dharker Studios to begin selling the first “100 percent uncensored” version of the game. The censored edition of Negilgee was first released in 2016.

According to the description provided by Dharker Studios’ on the Steam website, the full version of the game includes such themes as “pressured sexual relationships”, “abusive marriages”, and “outdoor” sexual activity. One of the female characters is apparently a stripper, who undergoes additional pressure from her boss to continue engaging in the commercialized sex industry.

The game is also said to include full nudity, graphic depictions of sex (between men and women, men and men, and women and women), and sexual dialogue.

Dawn Hawkins, executive director of the National Center on Sexual Exploitation (NCOSE), expressed her concern that “Steam is willfully contributing to the cultural objectification of women with this game.”

“It normalizes the idea that men have the right to control and abuse women according to their will,” said Hawkins, “something that ought to be socially unacceptable particularly in this #MeToo era.”

Of additional concern is the fact that players on Steam are able to access the game’s full content by simply entering an age.

According to Hawkins, "Steam's lack of effective content filtering results in easy access to extremely graphic content by 35 million minors who regularly use Steam. These types of games also train undeveloped minds to normalize sexual objectification and use of women."

"We are calling on Steam to reconsider the types of content they allow on their platform to protect users from degrading and harmful content," pleaded Hawkins.

While Steam is just now releasing the full explicit version of the game, NCOSE had originally placed the distributor on its “Dirty Dozen List” back in February. The list includes a number of companies accused of facilitating sexual exploitation.

According to NCOSE, the platform Steam features no fewer than 780 pornographic games marked by “sexual content” and “nudity”, many of which include situations where women are forced into sex.

"When video games include sexually graphic and degrading themes the user is not only a voyeur but an active participant in staging the scene," NCOSE said in February.

"As our society suffers from the consequences of campus sexual assault, military sexual assault, and rising child-on-child sexual abuse, we see that normalizing the sexual use (and often abuse) of others in video games is irresponsible on the corporate and social level."