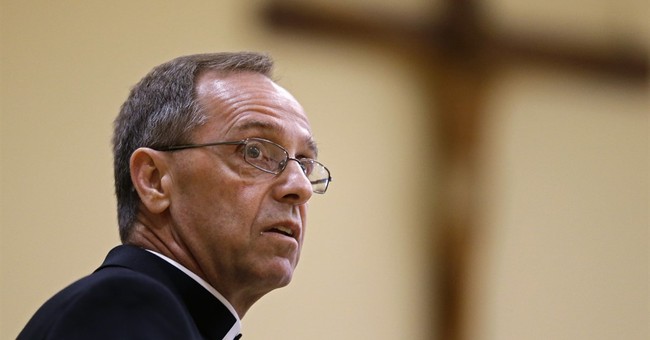 A private Catholic high school in Indiana is presently under fire for terminating the employment of a guidance counselor in a same-sex marriage.

Both Roncalli’s principal Chuck Weisenbach and President Joseph D. Hollowell met with Fitzgerald on August 10. The administrators explained to her that, in belonging to a same-sex marriage, she had violated her employment contract. Although a number of options were allegedly discussed at the meeting, including a dissolution of the marriage and simply keeping quiet about it, Fitzgerald was officially put on administrative leave on August 12.

Roncalli High School issued a statement on their Facebook page weeks ago, stating that school employees are expected to support the teachings of the Catholic Church. This includes the belief that marriage is to be between one man and one woman.

According to the school, this expectation is outlined in employee contracts and job descriptions, and employees are able to make an informed decision before the start of each new schoolyear.

Roncalli High School is under the jurisdiction of the Archdiocese of Indianapolis.

"The issue concerning Ms. Fitzgerald’s employment is not about sexual orientation, but about the Church’s teaching that marriage is a covenant between a man and a woman as established and revealed by God," Archbishop Charles C. Thompson said in a statement.

A number of parents and students, however, have spoken out to show their support for Fitzgerald. Posters depicting rainbows, and promoting an upcoming school Pride Day, were placed throughout the school’s campus, and many parents have voiced their concern over her termination.

"I think the archdiocese needs to take a great, big look at what they're doing and decide that this is the year 2018," said former Roncalli employee and parent Mary Jo Eckstein. "We have lots of LBGT people here in this community, in this world, and they're going to need to be accepted because they're also products of God."

Some, however, feel that Roncalli’s critics have taken it too far. Due to a high volume of angry posts, for example, Roncalli High School has had to take down their Facebook page. Principal Weisenbach has also said that though staff and students are welcome to continue to show their support for the guidance counselor, he has had to remove a number of politically-oriented posters from around the school.

"Since the start of Ms. Fitzgerald being placed on paid administrative leave, we have given students, teachers and staff leeway to show their support for her. Students continue to be allowed to wear rainbow attire and accessories in our school and to sporting events," he wrote in an email. "We believe there is a delicate balance between showing support for a staff member and advocating for a specific cause or political position."

Ms. Fitzgerald is reportedly due to appear on The Ellen Show this upcoming Friday.

But for now anyway, both the Catholic Archdiocese of Indianapolis and Roncalli High School appear to be standing their ground.