Mia Love: The DNC is Targeting Me Because They're Afraid of Minorities, Women Joining the GOP (VIDEO) 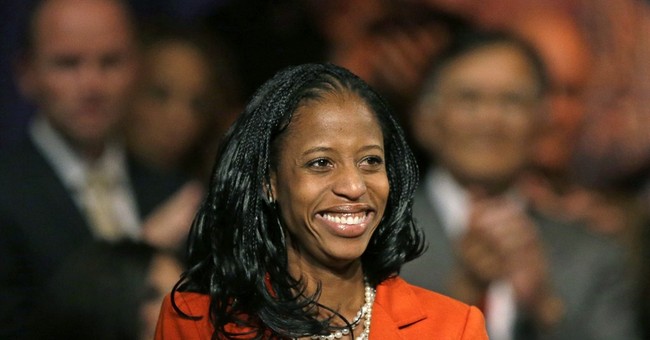 The group's letter urges the FEC to have the matter "investigated immediately to determine the extent of the violation." They also want Love's campaign to return the money and be fined the maximum amount possible.

"At issue is money raised by Love for the June primary election, since she had no opposition and was nominated as the Republican Party's general election candidate by delegates to the party's state convention in April," the Desert News reported.

During an interview on "Fox & Friends" on Tuesday, Love said that the attacks against her are "baloney."

Love believes that the Democrats are attacking her, and Republicans like her, as a means of distracting voters from recognizing the "good things" they've accomplished in Washington, D.C.

"And there's something else," host Brian Kilmeade said. "You think that the DNC is coming after you guys, you in particular, as a female, black Republican who's successful. Why?"

"Well, you know, I take away their narrative. I have worked together – I work well with even the Congressional Black Caucus. A lot of them are really good friends of mine," Love explained. "They [the Democrats] don't like that. They claim – the Nancy Pelosi and DCCC like to claim that they like diversity but if you think on your own, if you are an independent thinker, that's not the diversity they like. If you're a Republican, that's certainly not the diversity that they like. And, they're, frankly, afraid that we're going to bring more people to come along with us. I would be happy to bring more black women, more minorities to the Republican party. And that's something that Nancy Pelosi certainly doesn't want to see in Washington."

Love said the FEC contacted her campaign, as well as Rep. Chris Stewart (R-UT) and Sen. Mike Lee (R-UT), to ask a "routine election question." She is adamant that her campaign did nothing wrong.