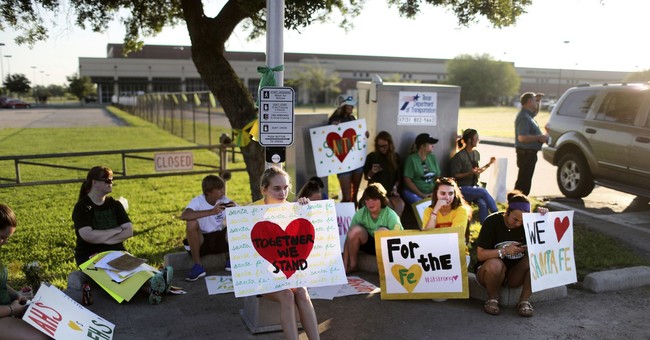 A program in Texas which trains armed educators and employees has seen increasing interest since the recent deadly school shootings in Parkland, Florida, and Santa Fe, Texas.

One of the training programs, run by the Alamo Area Council of Governments Regional Law Enforcement Training Academy (AACOG) in San Antonio currently has 16 participants, the biggest group to sign up since it began in 2014.

“From what we’ve seen, just talking to the participants, they want to do something in these type of situations. If something was to go bad, they want to be able to help.”

“Last year when we scheduled it, we actually had to cancel it because there wasn’t enough interest at the time,” Bryan said.

According to the School Marshal Program, which was approved by the Texas State Legislature in 2013, trainees must complete 80 hours of instruction that will teach them prevention strategies, law enforcement techniques, and proficiency with a handgun.

“School districts across Texas now have the option of training selected employees to be armed marshals,” the program states.

“These marshals will serve to protect students from armed intruders in accordance with HB 1009. Individuals participating in this newly designed program will be a current district employee and already possess a current concealed handgun license. This training gives school districts another option for protection of students.”

Florida Senate Bill 7026, enacted in response to the school shooting in Parkland, Florida, came up with a program that allows its school districts to choose whether or not to participate in a school guardian program if it is offered in their county.

However, a summary of the bill states that teachers are not required to be part of the program or to carry a weapon.

“No teacher will be required to participate. In fact, the legislation provides that personnel that are strictly classroom teachers with no other responsibilities cannot participate, with specified exceptions.”

However, during an interview last month, Fort Worth ISD Superintendent Kent Scribner said he was not yet on board with the idea of arming teachers in the classroom.

“Trained professional officers, on our middle school, high school and moving forward our elementary campuses is what we want. Things have to be organized. Things have to be well thought out, so at this moment, I don’t think that any of us quite frankly, are prepared to implement a policy like that in the short term.”

During a hearing last month with Texas lawmakers to discuss ways to prevent future school shootings, Mike Matranga who is head of security for the Texas City school district said that hiring a police officer to patrol the school would be a better option than arming teachers and employees.

“If you’re going to designate a marshal or a guardian, why not just hire another police officer and put them in a school? They’re better trained. They’re better equipped. They have the ability to make judgments. It seems like you’re putting a Band-Aid on a hemorrhage.”

Texas Commission on Law Enforcement (TCOLE) spokeswoman Gretchen Grigsby said she estimated that 110 people have already signed up for the summer course.