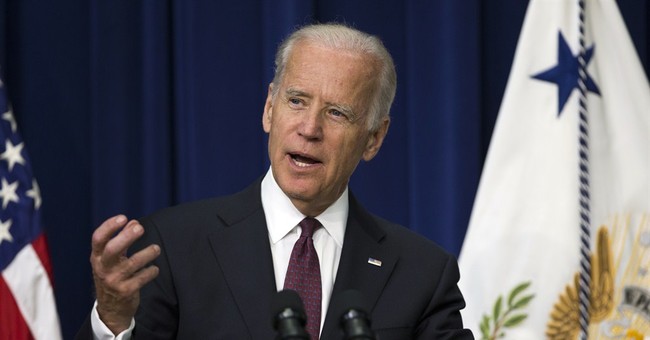 Vice President Joe Biden gave a speech at the White House Clean Energy Summit on Tuesday in which he made a very Biden-like statement: America should have bombed our own steel mills in World War I!

"You know it reminds me, I remember back in 1973, I came from Pennsylvania and steel and coal were a big deal, particularly steel. I remember making a speech to the United Steel Workers sponsored by US Steel. There were 3,000 people there and I was a young Senator. Come out and I say, 'you know in World War I we made a mistake, and I was being not unusually Biden controversial. And, I said we made a mistake, we bombed the wrong steel mills. And, I went on to point out that there'd been virtually no innovation and improvement in American steel mills and that they were investing more money in pantyhose factories, pantyhose factories, than they were in steel, in, in advances in steel technology

Biden was so frustrated at the lack of green energy investment, since Solyndra worked out so well, that he felt the need to attack our steel mills in a not-so-funny way.

Full video can be seen here: