The Conservative Case for Blockchain 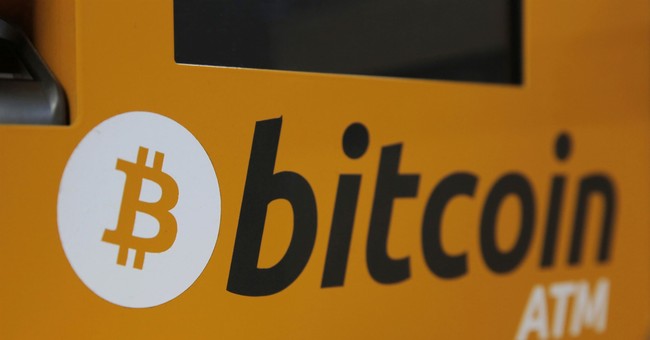 “I would liken Blockchain to the invention of electricity. I’m completely convinced that Blockchain is the most important technology that I will see during my entire lifetime.”

President of the Chamber of Digital Commerce, Perianne Boring’s predictions are bold, but not impossible. In a recent interview, Boring explained to me why conservatives can’t afford to ignore the Blockchain Revolution.

Perianne Boring:  "What is attractive to gold enthusiasts about Bitcoin is that there is a limited supply.  There will never be more than 21 million Bitcoin in existence.  Bitcoin does not have inflationary policies like most money.  It actually has deflationary policies.  The more people that accumulate Bitcoin, the more the price of Bitcoin continues to go up over time, so it operates very similar to gold.  I traditionally considered myself a gold bug, before Bitcoin came out.  Because I believe in having a stable monetary system, which I believe we have gotten very far away from.  There’s a lot of people that are calling Bitcoin, Gold 2.0, or digital gold.

Now what is different about gold and Bitcoin is that Bitcoin is digital.  Over the past thousands of years, society has flocked to gold as the best medium of exchange, and unit of account, and store of value.  However, gold is obviously a physical asset that you have to store in something like a safety deposit box.  And you have to have a physical security around it.  Bitcoin doesn’t require that.  That’s the promise of Bitcoin.  If you like Gold, you will like the technological advances that Bitcoin provides."

TH:  Bitcoin has a high learning curve though. Why is it worth conservative’s time to learn?

PB:  "What really sparked my interest originally is that Bitcoin is not controlled by any government, or any corporation, or any organization.  It’s an alternative currency.

Today there is a monopoly on money.  Because the dollar is the only option we have to use.  But in a free country, people should be free to decide what they use as a medium of exchange.  Whether it’s a government-sponsored medium of exchange.  Or it’s gold.  Or silver.  Or something that’s funny and innovative, like Bitcoin.  We all should have that option.  And so we see Blockchain technology and cryptocurrencies as sort of an alternative currency.  It’s not necessarily here to replace anything.  It’s here to provide more options to consumers.  That should very much be an appeal to conservatives, and other free market-minded people.  As it did to me."

PB:   "Because conservatives care about cybersecurity, and Blockchain will be a huge benefit.

Cybersecurity issues cause trillions of dollars worth of losses, to society, every year.  Whether someone steals your bank account info.  Or just the amount of money we spend on cybersecurity.  Governments, companies, and people pay a huge economic cost.  It’s massive.  It’s an international issue.  And it’s one of the top priorities of Congress, the Trump admin, and the Obama admin.  Because today, wars are not fought with guns, rifles, and bullets.  It’s fought with technology.  And the financial system is largely digital, so the attack on our financial system is THE war today.  Both fiscal and foreign policy conservatives can (and should) unite around Blockchain."

TH:   What can conservatives do to stay in the loop about Blockchain and Cryptocurrency?

PB:   You can start by visiting our website at http://www.digitalchamber.org.