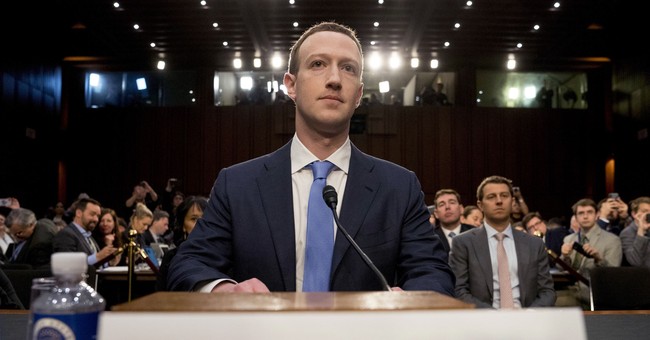 The issue of 3-D printed guns has been controversial over the last few weeks. Court proceedings and lawsuits have been nonstop and it's all to answer one question: should 3-D printed guns and their data be treated as a firearm or intellectual property.

Facebook has now decided to weigh in on that debate. The social media giant is now removing content that details how an individual can develop a 3-D printed gun, Reuters reported.

"Sharing instructions on how to manufacture firearms using 3D printers or CNC milling machines is not allowed under our Community Standards. In line with our policies, we are removing this content from Facebook,” a company spokesperson told CNN in a statement.

The sudden change means that if a person wants to share blueprints with friends and family and the link is posted to the social media website, it will not be accessible.

Gun rights activists believe this is Facebook's attempt at shutting down CodeIsFreeSpeech.com, which was started by a coalition of pro-gun groups — consisting of the Firearms Policy Coalition, Firearms Policy Foundation, The Calguns Foundation and the California Coalition of Federal Firearms Licensees — where they posted the same exact blueprints Defense Distributed planned on posting beginning Aug. 1.

Stephen Gutowski at the Washington Free Beacon explained his conversation that took place with Facebook:

The attempted censorship of a website run by a coalition of gun rights groups is far more aggressive than anything we've seen with Alex Jones. Amazon took down their hosting. Facebook has blocked any post with a link to the site in it. https://t.co/UdlL8NmZE7

Facebook told me they are blocking links to https://t.co/GJ3YC3Pavu because it violates their community standards but I couldn't find one it violates and they wouldn't answer any of my follow up questions. https://t.co/UdlL8NmZE7

The gun rights groups behind https://t.co/GJ3YC3Pavu told me they have not been contacted by the State Department or any other government officials over their publishing of gun designs. https://t.co/UdlL8NmZE7

Facebook sent me a link to this section of their community standards when they told me they are blocking links to https://t.co/GJ3YC3Pavu but I don't see how posting links to the site violates it. https://t.co/Xot3PWXb8Z pic.twitter.com/4WTEqRDQrZ

According to Gutowski's conversations with Facebook, the social media company is in the process of updating their written policy on 3-D printed guns.

Facebook also says they feel the ban on 3D printing instructions is in line with their regulated goods policy and is intended to limit gun sales and exchanges to licensed dealers.

I'm not sure how that follows since sharing gun blueprints or assembly instructions is not the same as selling or transferring actual firearms but I've repeatedly asked for a phone interview with no response and I've emailed additional questions to their spokesperson.

Facebook has refused to reply to our appeals or the hundreds -- perhaps even thousands -- of appeals submitted by others who were hit with the company-wide takedown. Tell them to unblock https://t.co/chdHk1wFUf >> https://t.co/nzJR2JJcQb#CantStopTheSignal #CodeIsFreeSpeech #1A pic.twitter.com/JuJEz5dmM4

A t-shirt has even been launched for those who oppose Facebook's decision:

Government bureaucrats and tech tyrants may try to shut us down, but they #CantStopTheSignal! #CodeIsFreeSpeech Get the shirt NOW >>> https://t.co/xSnLlaHaFC pic.twitter.com/jehU7DO4M5

Now, the question is simple: will Facebook revert their decision?