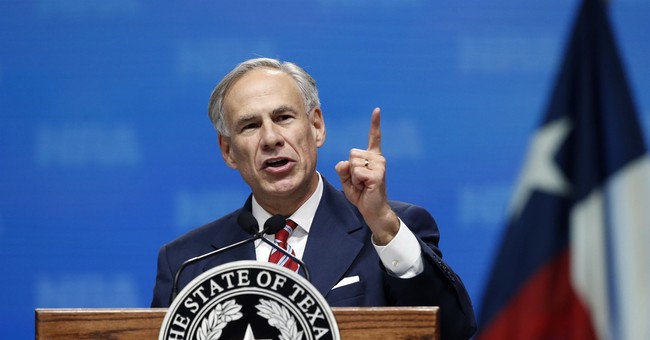 A group of gun control advocating students took out a full-page ad in the Houston Chronicle, which was paid for by Everytown for Gun Safety, The Hill reported. The ad was a personal letter to Texas Gov. Greg Abbott (R) detailing why the students demand stricter gun control laws.

“Do you think that the children who were shot in class this week died because they hadn’t prayed enough?”

“We are dying on your watch. What will you do about it?” #txlege pic.twitter.com/94WBVYnVN6

Here's what the letter said:

Our job is to be good students. Your job is to keep us safe. You have failed at your job. Like so many politicians cozy with the NRA, you have steadfastly opposed any reasonable measures that might protect us from gun violence. Instead, you've signed dangerous policies to force public colleges in Texas to allow guns on campus and make it legal to openly carry firearms in public. You've continued to push the notion that guns everywhere for everyone make us safer. By that logic, should we be among the safest states in the nation?

In that past, you've tweeted that you were embarrassed that Texas was second in the nation on gun sales—and that Texans needed to step up and buy more guns. A few months later, you said that gun violence was happening because of "hearts without God." Do you think that the children who were shot in class this week died because they hadn't prayed enough? What about the 26 who were killed while they were worshiping in Sutherland Springs? Do you think they are to blame, rather than yourself and other politicians who refuse to allow even a meaningful discourse on reasonable gun violence prevention policies?

We were happy to hear your mention background checks and responsible gun storage when you spoke on Friday. But here's the thing: Words only matter if they're followed by action. And you have no track record of fighting for anyone other than the NRA. The majority of gun owners support laws that disarm domestic abusers or require a criminal background check on all gun sales. Do you?

Why is our safety less important than the check you get from the NRA? We know that common sense gun laws make us safe. Since January 2009, Texas has experienced at least 20 mass shootings—more than any other state in the country. Do you think that a culture of guns everywhere and our lax gun laws might have something to do with that?

You've said that straying from Jesus is the cause of gun violence. Well, that this be your "come to Jesus" moment. Children are dying. We're being shot and killed in our classrooms, homes, movie theaters—even as we walk home from school. We have become collateral damage in a country whose lawmakers refuse to stand up to people who just want to sell more guns—regardless of the body count.

We appreciate your thoughts and prayers, but without policy change, this crisis will not end. And what we're asking for isn't unreasonable. In fact, most Texans, gun owners and even NRA members support common sense gun laws.

You've met with the NRA in the past, and just a few weeks ago you spoke at the organization's annual meeting. We'd like a chance to speak with you, too. To tell you how ti feels to go to school everyday terrified that we won't come home. To ask you to be brave enough to stand up for public safety instead of pandering ot the gun lobby, and work with Texans who, frankly, are terrified.

We are dying on our watch. What will you do about it?

The ad comes days after the shooting in Santa Fe, Texas that left 10 dead. Abbott had said he would hold a roundtable to discuss options for how to prevent school shootings.

"We need to do more than just pray for the victims and the families," Abbott said following the shooting. "It's time in Texas that we take action to step up and make sure this tragedy is never repeated ever again in the history of the state of Texas."