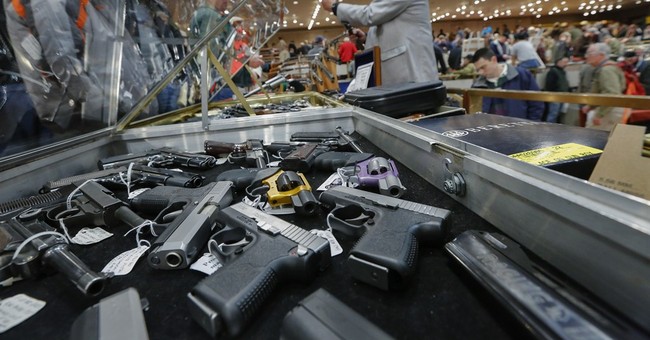 About The Supreme Court Lawsuit

The NSSF argued that restricting a person's access to ammunition and firearms safety training is essentially infringing on that person's Second Amendment right to protect his or her self.

It is well-established the Second Amendment protects the fundamental, individual right to keep and bear arms which extends to state and local governments. See Heller, 554 U.S. 570; see also McDonald v. City of Chicago, 561 U.S. 742 (2010). As the Ninth Circuit en banc panel recognized, this includes a right to purchase firearms and ammunition. Teixeira, 873 F.3d at 673–76. However, rather than accept what is implicit in Heller – that there is an ancillary right to sell firearms, ammunition and related services – the Ninth Circuit pivots and concludes, erroneously, the Second Amendment “does not confer a freestanding right to sell firearms. . . .” Id. at 687.

Despite a number of opportunities to do so, there has been no guidance from this Court since 2010 on how lower courts should evaluate laws which infringe on Second Amendment rights; absent such guidance, more and more courts are emboldened, like the Ninth Circuit here, to treat Second Amendment rights as a “second-class right, subject to an entirely different body of rules than other Bill of Rights guarantees.” McDonald, 561 U.S. at 780.

For those engaged in the lawful commerce in firearms, ammunition and related products and services, a disturbing trend has emerged in recent years, due in part to the promotion of “model laws” within cities and counties in California (and other states),3 to adopt more and more restrictive zoning regulations directed at firearms dealers.4 Such zoning laws can be extraordinarily effective tools to severely reduce the number of – or eliminate altogether – firearms and ammunition dealers from the local landscape. In firearm unfriendly areas in California, for example, of which there are many, all that is required are a handful of like-minded city council members or county supervisors to adopt arbitrary – or worse, carefully drawn – distance limitations or other zoning regulations which will have the desired effect. Thus, in the still of an otherwise dreary planning commission meeting, purveyors of firearms, ammunition and related services are zoned out of existence by restrictions and buffer-zones of varying sizes which have no relationship to governmental interests such as public health and safety.

The Cato Institute argued that the Ninth Circuit diverted from previous precedent when they decided on this case.

In 2017, the Ninth Circuit Court of Appeals sided with the county, saying that "no historical authority suggests that the Second Amendment protects an individual's right to sell a firearm."

The lawsuit was initially brought forth when John Teixeira, Steve Nobriga, and Gary Gamaza formed Valley Guns and Ammo and they began looking for a location throughout Alameda County. Their store would have been the only guns and ammo store in the area to also offer firearms training and certifications, gunsmithing and consignments.

Reason explains the difficulty the three partners had when looking for a location:

Finding a location was difficult. An Alameda County zoning ordinance singles out gun stores by imposing extraordinarily strict rules. The location must be 500 feet away from any residentially zoned area, from any elementary, middle, or high school, from any preschool or day care center, from any other firearm retailer, and from any liquor stores, bars, or restaurants where liquor is served.

Anti-gunners were quick to cheer the decision. Of course, they took the Supreme Courts' refusal to hear the case as an automatic win.

NRA-backed plaintiffs tried to twist the 2nd Amend into a constitutional right to sell guns, arguing that a zoning requirement of a buffer zone btw daycare ctrs & gun stores is unconstitutional. #SCOTUS saw through that, denied cert. #CommonSenseGunLaws https://t.co/eyKS1OnOCJ

There's just one flaw with this argument: SCOTUS didn't give any kind of reasoning. They simply kicked the case back and deferred to the lower courts' rulings. That's not a gun control win. Your point is moot.

I think #SCOTUS knows that their erroneous interpretation of the #2A in Heller has tied the issue in knots, and they don't want to open-up that can worms they've given the nation. I think it's been, what?, 8 yrs since they've taken a gun case? #2ndamendment

Actually, the Supreme Court tries not to get involved in issues unless they absolutely have to. Their job is not to make law but rather to interpret it. Just because they're trying to stay out of Second Amendment-related issues — arguably the most divisive issue in American politics right now — does not suddenly mean that they have regrets about the Heller decision.

@NRA Another SCOTUS victory against your crazy beliefs! No, there is NOT a 2nd Amendment right to sell guns. And, YES, guns & ammo may lawfully be restricted by zoning laws.#2A #SCOTUS #GunControl #Zoning https://t.co/L6206WkWEh

Creating laws that blatantly target a person's Constitutionally protected right is something that is illegal.

Gun owners, however, weren't afraid to voice their disdain for the SCOTUS ruling.

@Scotus your rulings are definitely not 2A friendly. It appears you want to abolish all weapons. What happened to the constitution?

It appears that parts of the Constitution are allowed to be cherrypicked.

@POTUS SCOTUS more concerned with the constitutionality of sports betting but takes no issue with 21000 2A infringements on the books. In fact he was asking for more not too long ago.

It's a sad reality that the Supreme Court wants to completely stay out of this debate.

A Justice's Opinion On The Second Amendment

According to Justice Clarence Thomas, who submitted a dissenting opinion on Silvester v. Becerra, it's apparent that the Supreme Court refuses to hear anything related to gun rights.

"If a lower court treated another right so cavalierly, I have little doubt that this Court would intervene," Thomas wrote. "But as evidenced by our continued inaction in this area, the Second Amendment is a disfavored right in this Court… The right to keep and bear arms is apparently this Court's constitutional orphan. Because I do not believe we should be in the business of choosing which constitutional rights are  r'eally worth insisting upon,' Heller, supra, at 634, I would have granted certiorari in this case."