What Is the STOP School Violence Act? 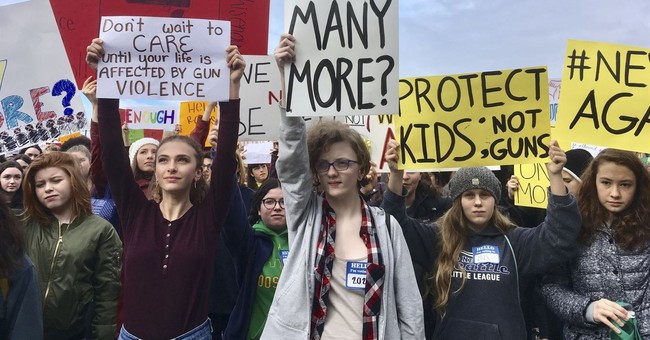 Since the shooting at Marjory Stoneman Douglas High School on Valentine's Day, people on both sides of the political aisle are asking how we can prevent the next school shooting. One of the pieces of legislation currently making its way through Congress is the Student, Teachers, and Officers Preventing (STOP) School Violence Act of 2018. The bill passed the House on March 14th and is now being considered by the Senate.

What Is the STOP School Violence Act?

House Resolution 4909, commonly referred to as the STOP School Violence Act, establishes a grant program for school security through the Omnibus Crime Control and Safe Streets Act of 1968.

The Omnibus Crime Control and Safe Streets Act was initially established to provide assistance to state and local governments who were fighting crime in their communities.

The Director of the Bureau of Justice Assistance is authorized to award these grants to state and local governments and Indian tribes to improve security on school grounds by utilizing one or more of the following:

• Placement and use of metal detectors and other deterrent measures, and emergency notification and response technologies.

• Training to prevent student violence against others and themselves, including training for local law enforcement officers, school personnel, and students.

• The development and operation of anonymous reporting systems for threats of school violence, including mobile applications, hotlines, and websites.

• The development and operation of school threat assessment and intervention teams that may include coordination with law enforcement agencies and personnel, as well as specialized mental health training for school officials.

• Placement and use of metal detectors, locks, lighting, and other deterrent measures.

• Security training of personnel and students.

• Acquisition and installation of technology that expedites notification to law enforcement agencies during an emergency.

• Any other measure that, in the determination of the Director, may provide a significant improvement in security.

• The portion of the program costs provided by the grant may not exceed 75 percent. The Director may waive or alter this rule with a financial need for such a waiver or alteration.

• Any funds appropriated by Congress for the activities of any agency of an Indian tribal government or the Bureau of Indian Affairs performing law enforcement functions on any Indian lands may be used to provide the non-Federal share of a matching requirement.

• In awarding grants, the Director shall ensure, to the extent practicable, an equitable geographic distribution among the regions of the United States and among urban, suburban, and rural areas.

• The Director may reserve not more than two percent from amounts appropriated for administrative costs.

• $75 million will be set aside for fiscal years 2019 through 2028, with no less than $50 million available for each fiscal year for grants.

• No grant funding may used to provide firearms or firearms training.

The bill has 100 co-sponsors, including Rep. John Rutherford (R-FL) who introduced the bill.

Florida Sen. Marco Rubio (R) held a press conference with Utah Senator Orrin Hatch to discuss why they were in favor of the STOP School Violence Act.

Rubio explained why the bill was something people on both sides of the political aisle could get behind:

About a week ago, I believe the parents, the families, the 17 families impacted by this showed a great example to the nation of how to proceed. They met over a series of hours on a Sunday and they had to come to a decision about whether they can come together and get behind legislation in Tallahassee, Florida. And for some family members, it didn't go far enough. And for others, it went too far. They had differences of opinions on different provisions. But ultimately, they determined that they would agree on what they could agree on and get those things done and then continue to work on the other things that they may disagree on. I think that's an example to the nation and it's an example to us who work here about how we should proceed.

There are things that we agree on, and the notion that we should do everything we can to put in place systems to identify and to stop someone before they commit an act of violence, be it a mass shooting or taking their own lives, is something we can all agree on. And the fact that across this country, whether it's in Utah or the L.A. school district, there are programs that are successfully doing it, give us a model to follow. And that's what the STOP School Violence Act is about. It is not designed to solve every issue or every problem with regards to this. But it is designed to address the most important part of this, and that is that we have individuals in this country that for various different reasons have committed themselves to taking the lives of other people, and we need to find out who they are and we need to stop them before they do it.

...We should get behind it. We should pass it. And we should move forward and continue to debate or address the other issues, because identifying these people before they take action is the most important thing we can do and the most effective thing we can do. And it’s something we all agree on.

Violence at schools makes students feel vulnerable in a place where they should feel safe. To curb violence at our nation’s schools, the STOP School Violence Act provides a multi-layered approach to identify threats and prevent violence from taking place on school grounds. It provides much-needed resources to train students, teachers, and law enforcement officers on how to recognize and respond quickly to warning signs and provides funding for technology to keep schools secure. The bill also provides for the creation of an anonymous reporting system to provide tips about potential attacks and persons who may be inclined to commit acts of violence on campus.

The STOP School Violence Act is a good step toward making our schools safe again. We will continue to examine issues pertaining to school safety in order to create a safer environment for our nation’s children. I thank Representatives Rutherford, Chabot, Granger, Davis, Messer, Bost, Coffman, and Brooks for their collaborative work on this bill and call on the Senate to pass it swiftly so that we can better protect our nation’s kids.

Speaker Paul Ryan (R-WI) applauded the bill in a statement:

If there is any place our children can feel safe, it should be our schools. The STOP School Violence Act takes a multi-faceted approach that will help prevent school violence before it takes place. It gives law enforcement, school officials, and students the training, technology, and resources they need to identify and prevent threats. This is a common-sense approach to combatting senseless violence. I want to thank Sheriff Rutherford for his leadership on this vital issue.

When we drop off our kids at school, we want them to be excited about the day ahead — not fearful for their safety. Passing the STOP School Violence Act is the first of what I hope will be many steps towards making schools safer and preventing gun violence. Today’s vote will give teachers, students and law enforcement more support from Congress. But the problem of gun violence needs to be addressed directly. The leaders of Congress need to listen to the students and teachers who are united today in calling for more action on this issue and better policies that make it harder to use a gun to commit violence.

When the House of Representatives passed the bill, President Donald Trump took to Twitter to applaud their efforts:

Today the House took major steps toward securing our schools by passing the STOP School Violence Act. We must put the safety of America's children FIRST by improving training and by giving schools and law enforcement better tools. A tragedy like Parkland can't happen ever again!

#NRA Applauds STOP School Violence Act of 2018! This bi-partisan legislation provides funding for training students, teachers, school administrators and local law enforcement to identify early warning signs that a person is a threat to themselves or othershttps://t.co/GNBBVVWEcQ pic.twitter.com/KJadUalAIL

Let's work together to secure our schools and stop school violence. We protect our banks, our sports stadiums and our government buildings better than we protect our schools. That must change. #StopSchoolViolenceAct #DefendTheSecond #NRA pic.twitter.com/98dWIv0giM

What Are the Victims and Their Families Saying About the Bill?

Must read from #Parkland victims families-->

"At the Federal level the STOP School Violence Act is a first step in a long journey to improve the safety of our children and teachers at school." #STOPSchoolViolenceAct #utpol https://t.co/zEeeh9KVKP pic.twitter.com/pRvaAixbg1

Ryan Petty, who lost his daughter Alaina in the Parkland shooting, gave a heart-wrenching testimony about why no parent should have to bury their child.

On Feb 14th @rpetty lost his daughter Alaina in the Parkland shooting, that day he vowed to do everything he can to make sure that no other parent loses their child in a school shooting.

Although some in the media are choosing to ignore his message, we won’t, neither should you. pic.twitter.com/zj0Ayfmbjz

This week the Senate has a chance to pass the #STOPSchoolViolenceAct, a historic investment in school safety and early intervention programs to stop violence in schools before it happens

Find out why @KyleKashuv said "if we had this a month ago #Parkland might not have happened" pic.twitter.com/bvymGjBCSf

Pro-Second Amendment survivor Kyle Kashuv explained why he is in favor of the STOP School Violence Act:

Lead by my Congressman @TedDeutch, #STOPSchoolViolenceAct passed the House with a 490-10 vote in favor.

We now need the Senate to add to the omnibus so it can pass as early as THIS FRIDAY. @senorrinhatch and @marcorubio have been making non-stop calls. Now it's YOUR turn pls! pic.twitter.com/LwPH35OWlF

However, not all of the Parkland survivors thought the bill went far enough.

Where’s any mention of GUN violence?

A mentally troubled individual murdered 17 people in my school with a GUN.

He used a GUN.

To those of you who are also embarrassed by the weak #STOPSchoolViolenceAct that doesn’t once mention the weapon that murdered all these people... we will all stand together.

This isn’t just about schools. This happens EVERYWHERE.

The STOP School Violence Safety Act. A step in the right direction, but not even close to enough. It will not protect Americans from shooters at a concert, movie theater, nightclub... pic.twitter.com/8SqAuahVS1

What do you think of the STOP School Violence Act?