'Fluid' Demi Lovato Is a Proud Member of the 'Alphabet Mafia' 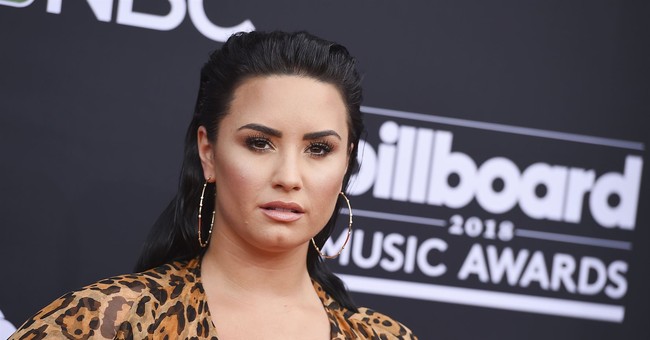 While on "The Joe Rogan Experience" on Tuesday, 28-year-old singer Demi Lovato came out as "pansexual" and being "so fluid right now."

Lovato was discussing whether she would get married and have kids when she mentioned "I also don't know if I'm going to end up with a guy, so I can't really see myself maybe getting pregnant." She went on to say "I'm so fluid now — and a part of the reason why I am so fluid is because I was super closeted off."

When Rogan confirmed she meant "sexually fluid" and asked "you like girls" and "you like boys," she said, "yeah, anything, really."

Rogan offered if the word "pansexual" felt right to her, which she confirmed it did.

But perhaps the most noteworthy way Lovato described herself is "part of the alphabet mafia and proud." She explained that "I heard someone call the LGBTQIA+ community the 'alphabet mafia,' and I was like, 'That's it. That's what I'm going with.'" Considering it's getting hard to keep track of how many letters they are and what they refer to, "alphabet mafia" seems a good a phrase as any.

Billboard mentioned in their reporting that earlier this month Lovato told Glamour she's "really queer," but saw Tuesday's discussion with Rogan as a momentous one all the same. "Demi Lovato has a lot to celebrate today: The success of her YouTube documentary series, the impending release of her new album, and now, her official coming out," the piece opened.

Lovato also told Glamour that "I know who I am and what I am, but I’m just waiting until a specific timeline to come out to the world as what I am."

The YouTube documentary series, "Dancing with the Devil" touches upon many aspects of Lovato's life, including her near-fatal drug overdose in 2018.