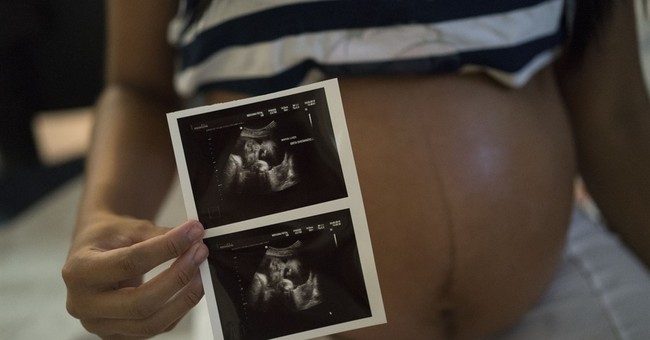 A pro-life group is featuring the story of a baby boy they helped save from abortion. His mother’s name is Olivia. His dad, they say, is better known as the rapper Bow Wow.

Let Them Live, a nonprofit founded in 2019, supports pregnant women financially and emotionally so that they can feel empowered to choose life. The same year it began, a woman named Olivia Sky found the group by searching for “#abortion” on social media while on her way to an abortion clinic. She sent the nonprofit a message that changed her and her baby’s life: “I need help.” On Aug. 31, Let Them Live released a short documentary where Olivia shared her story, called "Olivia's Redemption.”

While she’s known for being a model, Olivia identifies as a singer and songwriter located in Atlanta. She said that she first met Shad Moss, or Bow Wow, when a friend convinced her to go out and “have a good time.” When she later discovered that she was pregnant, she said they were both shocked. She was also scared.

“He was very nice about it in the beginning, very real, saying all the right things,” she remembered. “He was telling me that it's up to me, it’s my body, my decision. I just have to make sure that I'm ready to change and make my lifestyle different.”

His words made her feel supported, she said, to the point where “I was leaning more and more towards keeping my baby.”

This was important because, according to Let Them Live, she didn’t have friends or family nearby and “her job as a model would not allow her to continue working as she progressed into her pregnancy.”

At the same time, Olivia said others advised her to get an abortion to avoid drama and stress.

“Planned parenthood. It’s supposed to be ‘planned,’” Olivia commented. “That's what a lot of people say, but a lot of things aren't part of the plan and we still make it work.”

Then, she said, Bow Wow changed his mind and also pressured her to have an abortion.

“By the time I was showing, that's when he decided to tell me that he wasn't ready. That he really didn't think it was a good idea,” she said. “But I was already five months pregnant, I already knew the gender.”

She also “wanted to set an example for the community, especially the black community, that co-parenting does not have to be hard and it doesn't have to be drama.”

According to her, that didn’t work. Instead, she said, Bow Wow framed her as a “groupie” who was trying to use him. According to Let Them Live, “the father of her baby was not only pressuring her to get an abortion but even offered to pay for it.”

One day, Olivia recalled, Bow Wow’s friend informed her that she was taking her to “an appointment.”

“When I got in the car, she switched it to an abortion,” Olivia said. She immediately called Bow Wow, but, she said, he acted like he didn’t know what was happening.

“People were trying to force me into mak[ing] a decision that I didn't really want to make,” she stressed.

That’s when she searched for “#abortion” on Instagram and discovered Let Them Live. At the time, she said she “didn't really know what their organization did.” That quickly changed.

Let Them Live sprang into action, and assisted with bills, rent, and “stuff that I needed for my baby,” Olivia said. Among other things, they gave her a car and helped her move.

“Stone is a very, very happy baby,” she described him. “He's like a little me, boy version, and I love him.”

There’s still drama with Bow Wow, she said, like when she posted photos of 3-month-old Stone online.

“I wanted to share them with my friends and family,” she said. “Of course I want[ed] to share him. He's beautiful.”

At first, Bow Wow appeared to claim she did it for attention on his show, Growing Up Hip Hop: Atlanta. Then he also posted a photo of Stone online – before later deleting it.

In February, he also released a music video for his song “My Pain,” where he sings about an “alleged son” and “broke hoes that wanna be famous.” Olivia watched it on camera.

For her part, she said, she has embraced motherhood.

“Becoming a mother has made me a way better person and made me think more about the decisions that I make,” she said. “I hope that I could be a good role model for my son so he could choose a woman that's something like me.”

Instead of slowing her down, she said, Stone is “definitely a motivation for me to go harder.”

“That's a motivation like no other: having a little you,” she added.

According to her, the help she received from Let Them Live “made all the difference.”

“It was the only people who was telling me that ‘You can do this, you actually are capable of being a good mother,’” she said. “I don't know how they knew, but they were right.”