Why The Final Season Of 'Games Of Thrones' Was So Disappointing 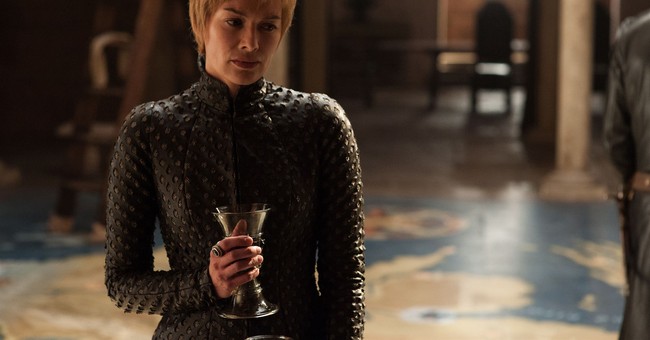 Much of the talk about the end of Game of Thrones has focused on its closing chapters. The shortened 7th season (which lasted only 7 episodes) and the 8th season (which featured only 6) will surely be debated in the years to come. With such a rich tapestry of characters and plots, there was always going to be some griping about the end. However, the program’s baffling final chapters really damaged its status as an undeniably great television program. This was a show that had to overcome a myriad of issues to truly succeed but in its closing, it lost some of the good will it had garnered over the years.

The program’s first episode premiered on HBO on April 17th, 2011. It was a sprawling, complicated and character-driven drama. Adapted from the George R.R. Martin series entitled A Song of Ice and Fire, the early seasons of the show corresponded with the first books in the series. However, Martin’s literary series hasn’t concluded yet so at some point, show creators David Benioff and D.B. Weiss had to rely on their own instincts (and a general outline of Martin’s future installments) to complete the television journey.

They managed to overcome many of the early issues that arose with the series’ complex nature.

The first book introduced a myriad of characters, including the Starks: an honorable family with a long history in the North. It also featured a prominent incestuous couple hiding their love affair from the narcissistic King and the rest of the world. This couple — siblings named Jamie and Cersei Lannister — had three children together (children that King Robert, Cersei’s belligerent husband, believed were his). The book also included a naïve young woman named Daenerys Targaryen, who was being married off by her power-hungry brother. In addition to its characters, the first volume also introduced some fantastical elements (including an army of the undead).

There were so many complex relationships in that first volume that it would be hard to imagine having the determination and the drive to want to adapt it into a show but Benioff and Weiss pulled it off. A nearly impossible feat was accomplished and the show meticulously captured the story with a plot focused on character and political machinations.

For seven seasons, the program carefully laid out story beats and plot twists that naturally fit into this fantasy world. The final season though rushed through plot developments and twists, without showing the motivations behind some of its biggest moments.

Game of Thrones is known for its twists and for showing that no character is truly safe. However, all of the big twists in the series — the murder of Ned Stark in season one, the Red Wedding betrayals and the attack on the Sept of Baelor — were orchestrated by characters with fully-realized motivations. In the final season (especially the last three episodes, which followed the darkly-lit but captivating Battle of Winterfell episode), characters made drastic decisions that didn’t coincide with their personalities.

Daenerys Targaryen (Emilia Clarke), one of the program’s main characters, started the show as a young woman who was treated as a pawn by her own brother. In the ensuing seasons, her character gained strength, drive and determination and ultimately became a leading contender for the iron throne. Some of her character’s darker personality traits were hinted at during her journey but the final season seemingly sped up her complex character arc, leaping boundlessly to the drastic place it ended up in the finale.

Jaime Lannister (Nikolaj Coster-Waldau), another core character, suffered a similar fate. Throughout the first seven seasons, the program focused on his building character. The manipulative Jaime seen in season one was psychotic and scheming. In the ensuing years, Jaime became a better man leading to his selfless decision to leave the safety of the Red Keep at the end of season 7. In season 8, his character changed dramatically again but this big change wasn’t a long time coming. It was quick and abrupt.

These are only a few of the characters with richly-developed arcs who underwent major personality changes in the abbreviated final season. Some characters — including Tyrion (the great Peter Dinklage) and Jon Snow (Kit Harrington) — fortunately didn’t suffer the same fate. They completed their arcs in a truthful and compelling way.

In addition to rushed arcs in the last few episodes, there was also a quick — and unearned — resolution involving the fate of future leadership in this fantasy world.

None of these criticisms detract from the scope of this show. Throughout all of its eight seasons, Game of Thrones established itself as a beautifully-crafted production. Packed with beautiful cinematography, undeniably intricate sets and a stunning visual style, the show deserves its place as one of the most epic television programs ever.

The show broke HBO records for viewership. It won more Emmy awards than any other drama in history and it even set the record for most Emmy wins in a single season.

The production quality remained in the final season but this show has always been about more than that. It thrived on understanding its characters and developing them naturally. With the rushed final season, that growth wasn’t as linear and clear as it has been over the years. The program’s final episode — which featured a few surprises, some of which were earned and others came out of nowhere — resolved the show’s plot. It, however, didn’t fix the myriad issues on display in the final season.

Game of Thrones will likely be remembered as a great show that was ultimately shortchanged by a final season that lacked the character growth and the potential that its previous seasons continuously delivered.