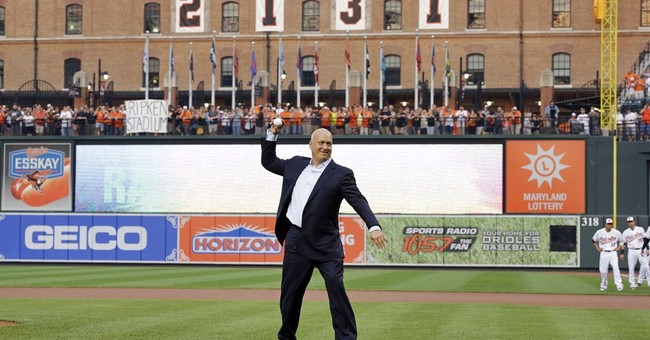 Following a routine check-up in February, Ripken said, tests revealed that the 59-year-old had cancer and would need to receive serious treatment. The MLB Hall-of-Famer, who played 2,632 consecutive games during his 20 years in the Orioles uniform, chose surgery to remove his prostate. As the threat of COVID-19 lockdowns and health scares loomed in the early part of the year, Ripken opted to have the surgery in March, The Athletic reported.

The cancer, Ripken said during a Thursday call with reporters, was "all contained in the prostate, so I’m cancer-free." His health update was the first public mention of his diagnosis.

"So, I thank my lucky stars that that occurred,” Ripken said of the surprise test result and quick action by his doctors to remove the cancer. “We all know people that have had different cancers and you kind of wonder how you would feel if it happened to you. I know what that feels like now."

Ripken said that he considered not ever going public with the diagnosis, wanting to keep his private life just that. But after considering the potential inspiration his early diagnosis and the positive outcome could have on others, he reconsidered.

"I kind of toyed with the idea of not telling anybody, ever, about that," he said. "Because it feels like it was a personal issue. But as time has gone on, it’s a very happy ending. It proves that if you get the diagnosis early, the outcomes can be fantastic."

Ripken, who turns 60 next week, has been one of the most recognizable sports icons in the nation since his early playing days in the 1980s. His stunning number of consecutive games played began while he was in his twenties and broke previous record-holder Lou Gherig's streak on September 6, 1995. Over 50,000 fans were on hand at Oriole Park at Camden Yards to mark the day Ripken played his 2,131st game. Cal spent every day of his professional career with the Orioles.

One former teammate of Ripkens recalled his fortitude as a player and said he was not surprised to hear that his friend had beat cancer so quickly.

"It’s Cal, so I thought, ‘No problem,'" recalled former Oriole center-fielder Brady Anderson, who Ripken counts as his best friend. "When it is your friend or your relative or somebody super close to you, it sort of gives you new insight into what other people go through when they have hardships in their family like that. He seemed very upbeat about it and I don’t think he was just putting on a brave face."

Anderson also recalled the myriad injuries Ripken, the "Iron Man," played with throughout his career, but always insisted on being in the lineup, earning his nickname.

This year marks 25 years since Ripken broke the record and plans to celebrate the anniversary are going forward, even as the nation remains throttled because of the pandemic. Fans may not be at Camden Yards to relive the classic sports moment, but the Orioles have promised as much fanfare as possible with the use of virtual celebrations.

Ripken also encouraged his younger brother Billy to get tested and reaffirmed that early detection saved his life.

Earlier today during a call with Orioles beat writers, discussing 2131, Cal divulged that in February he was diagnosed and treated for Prostate Cancer. Here are his words on the news. – CRJ, Inc. pic.twitter.com/4zeID602zP