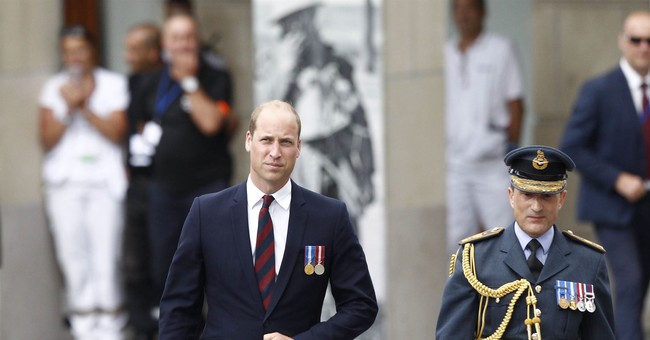 Prince William has made his first public comments about his brother's bombshell interview with Oprah Winfrey, which aired Sunday night on CBS. Prince Harry and Meghan Markle, who stepped away from their royal duties last year, made some stunning claims during their sit down talk with the former talk show host. Among the shocking sound bites was the moment Markle, who is biracial, claimed that members of the Royal Family asked the couple how dark their son's skin would be. The world reacted the same way Winfrey did, "What?!"

Sky News approached Prince William and Kate Middleton and asked them point blank if the Royal Family was racist.

"We are very much not a racist family," William responded.

Prince William says he hasn’t spoken to his brother yet but will do and they are “very much not a racist family”. pic.twitter.com/3j0AulDDOB

"No, I haven't spoken to him yet, but I will do," the Duke of Cambridge responded when asked if he'd talked to Harry since the interview.

Harry and Meghan also told Oprah that the Royal Family cut them off financially and stripped them of their security personnel. Harry said he could pay for his family's security only because of the money his late mother Princess Diana left him. Harry also shared that his father, Prince Charles, has stopped taking his calls and that no one yet in this family has reached out to him.

Buckingham Palace responded to the Winfrey interview with a statement on Monday.

"The whole family is saddened to learn the full extent of how challenging the last few years have been for Harry and Meghan," the statement reads. "The issues raised, particularly that of race, are concerning.

"While some recollections may vary, they are taken very seriously and will be addressed by the family privately. Harry, Meghan and Archie will always be much loved family members."