Review: 'Pieces of a Woman' 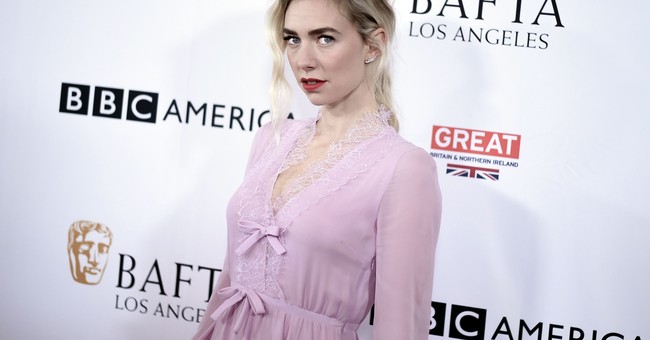 Give Vanessa Kirby an Oscar for the first 30 minutes alone. As "Pieces of a Woman" opens, we follow the pregnant protagonist Martha Weiss as she attends her office baby shower, then to pick up her new van for her growing family. She and husband Sean have decided to do a home birth because, as Martha explains, she "wanted the baby to decide when she wanted to come." She is happy and excited. But then her water breaks.

Martha is visibly concerned when a substitute midwife arrives to help deliver her baby. But she nevertheless trusts her to deliver her safely. At first the baby's heartbeat is strong and steady. But in the next several minutes, the midwife makes a few wrong decisions. By the time she's moved Martha to a bed to start pushing, the baby's heartbeat is irregular. Instead of going to the hospital immediately, the midwife delivers the baby. And as you can guess from the title, their daughter does not survive.

It is a heart pounding opening and some world class directing from Hungarian director Kornél Mundruczó. But unfortunately the first half hour sets the bar too high.

The film starts to lose some steam after the first harrowing half hour. After the opening credits (which, yes, don't happen until after the drama I just described), the film picks up a few weeks after the tragedy when Martha is learning to cope with both her physical and mental states. Whereas her husband Sean, played by Shia LaBeouf, (who's currently in the middle of a domestic abuse scandal), puts all his emotions out there, Martha remains so taciturn that she is confronted by her mother for seeming too disengaged. Kirby very convincingly captures the repressed emotions. Throughout the film it feels as though she's ready to burst at any moment. And in one scene - one you've probably seen in the trailer - she does.

That also happens to be Ellen Burstyn's, who plays Martha's mom Elizabeth, most compelling scene. Her strategy of urging Martha to do a better job of "facing" her tragedy is to remind her daughter of her own distressing birth when her mom was hiding from the Nazis during World War Two. Elizabeth's story was compelling, to be sure, but it sort of came out of nowhere and therefore didn't quite give the audience time to process it.

The final scenes in the courtroom, where Martha confronts the midwife who may or may not have caused her daughter's death, are moving, and hearken back to the emotional introduction. As for the final few minutes, I'll repeat what other reviewers have said and agree that the ending is a little corny.

And yet, with the sluggishness and strange detours that disrupt "Pieces of a Woman," I repeat what I said in my opening sentence.

Watch the trailer for "Pieces of a Woman" below, now streaming on Netflix.