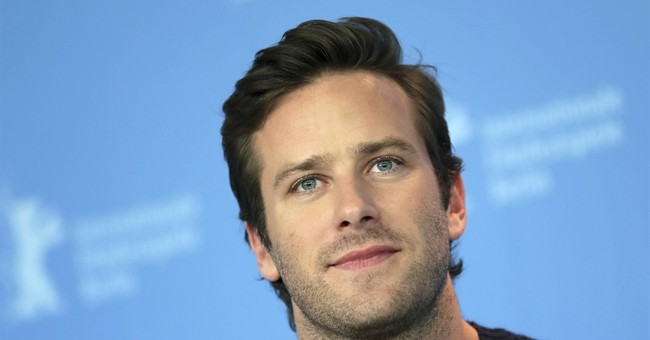 In what is now the craziest story of 2021, actor Armie Hammer, known for his roles in "Call Me By Your Name" "The Social Network," is caught up in a disturbing scandal. This week, a series of Instagram messages allegedly sent by Hammer revealed rape fantasies with women, cannibalism and more. Screenshots of the messages, posted by the social media account House of Effie, have not been verified.

One message in question read that he is “100% a cannibal,” and to another woman he reportedly wrote he wanted to “drink" her blood.

In a defiant statement, Hammer said he denied the "bullsh*t claims." Yet, he decided to bow out of his upcoming romantic comedy with Jennifer Lopez called “Shotgun Wedding," which was supposed to begin production in the Dominican Republic in February.

"[I]n light of the vicious and spurious online attacks against me, I cannot in good conscience now leave my children for 4 months to shoot a film in the Dominican Republic,” he said. “Lionsgate is supporting me in this and I’m grateful to them for that.”

In another strange turn, Hammer's ex Courtney Vucekovich told Page Six that the actor once told her wanted to "barbecue and eat" her.

“He said to me he wants to break my rib and barbecue and eat it,” app founder Courtney Vucekovich exclusively told Page Six.  “‘F–k that was weird,’ but you never think about it again. He says, ‘I want to take a bite out of you.’ If I had a little cut on my hand, he’d like suck it or lick it. That’s about as weird as we got.”

Hammer is currently in the middle of a divorce with his wife of 10 years, Elizabeth Chambers.