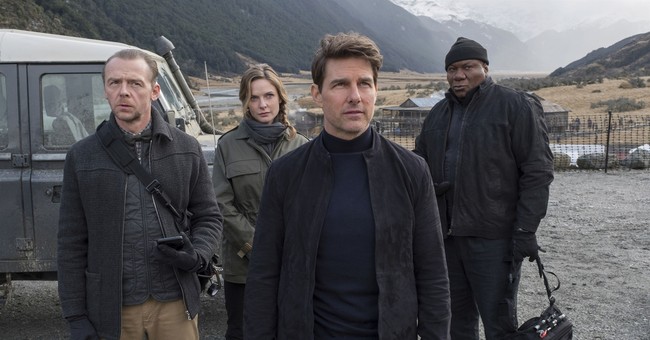 The cast and crew of "Mission Impossible 7" are in the middle of filming in the UK, at the Warner Bros. Studios in Leavesden, Herts. But the production has been slowed down several times because the cast is reportedly shirking some COVID guidelines, particularly when it comes to social distancing. The film's star, actor Tom Cruise, decided to say something about it. Actually, he screamed about it. The Sun, a tabloid outlet in the UK, released audio of the outburst.

“If I see you do it again, you’re f***ing gone," Cruise is heard yelling at his colleagues. "And if anyone in this crew does it, that’s it — and you too and you too. And you, don’t you ever f***ing do it again.”

“They’re back there in Hollywood making movies right now because of us. “We are creating thousands of jobs, you motherf***ers...That’s it. No apologies. You can tell it to the people that are losing their f***ing homes because our industry is shut down...We are not shutting this f***ing movie down. Is it understood? If I see it again, you’re f***ing gone.”

His rant is getting mixed reactions. While some people say he has every right to be peeved at the cast and crew for putting their work at risk, others like "The View's" Sara Haines say there's never any cause for an adult to lose their temper and treat people like that.

Some social media users were in agreement that his behavior was uncalled for, no matter the context.

Imagine letting someone talk to you like this at work. Really sad that people feel so attached to their jobs they allow someone to talk to them like that.

I don't think what Cruise did was wrong, but outside of a safety emergency it is unnecessary to raise your voice or swear at a subordinate or peer. Ive seen few instances of it in my professional career and have engaged in none that I can remember (and how I never do so)

And here's why his defenders are arguing that his rant was justified.

Tom Cruise is right. People are suffering. The government doesn’t care. And the only thing we can do is work in the guidelines to stay alive while everybody in office keeps shifting the playing field. It’s short sighted and selfish to put everyone’s livelihood at risk.

So he’s right, seems like some people on set were angry at him and secretly recorded what he was saying. But, if they do not follow the proper protocols like he says the production will be shout down and people will lose their jobs. Good for Tom Cruise for taking control.

This is an issue of life and death for an industry and for of individuals who could get sick. Based off the audio it sounds like these people of been warned and clearly don’t give a damn. I know people who had booked major projects that got cancelled. This is is no joke.

"Mission: Impossible 7" is expected to be released next November.