Here's What Andrew Lloyd Webber Thought of 'Cats' the Movie 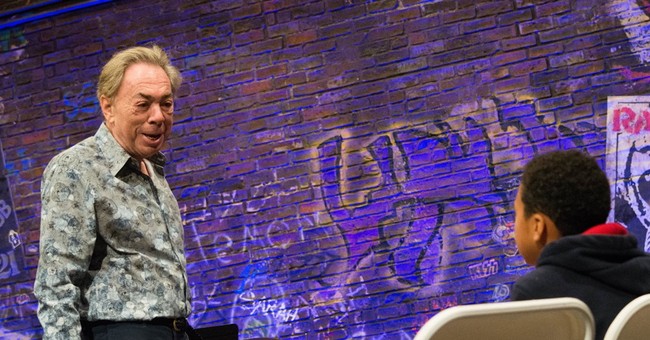 Believe me, "Cats" the movie does not need anymore bad publicity. But boy are we glad that composer Sir Andrew Lloyd Webber is now weighing in. In a new interview with the Sunday Times, Webber, who composed the soundtrack for the original hit Broadway show, called the movie "ridiculous." And he said the problem lies with the director.

“The problem with the film was that Tom Hooper decided, as he had with Les Mis, that he didn’t want anybody involved in it who was involved in the original show," Webber told the British paper. "The whole thing was ridiculous.”

That we are still making fun of Cats, to the point where Andrew Lloyd Webber slams it, gives me life. https://t.co/vyo6W31Np3

It was an unfortunate choice for Hooper, who has proven that he can direct, having won an Oscar in 2010 for his work on "The King's Speech."

Critics agreed that "Cats" was a disaster and a humiliation for all involved, even the iconic Dame Judi Dench. Everything from the acting, to the costuming to the atrocious visual effects, which had to be reworked at the eleventh hour. To his chagrin, Webber will forever be listed as an executive producer on the film. He also co-wrote a new song with Taylor Swift for the adaptation, called "Beautiful Ghosts." But the cast and Webber have all moved on to greener pastures. Webber's new musical, Cinderella, is expected to premiere in London's West End in 2021.

Recommended
Democrats Have No One But Themselves, And Her, To Blame for The Ginsburg Vacancy
Derek Hunter

"Cats," I must say, wasn't totally snubbed this awards season. It was nominated for eight Razzies, including Worst Picture, and won easily.

By the way, I always capitalize on any opportunity to share this brilliant piece from The Ringer, "66 Questions About the 'Cats' Trailer."