'I Still Believe' Directors Marvel at KJ Apa's Open Faith, and What it Was Like to Direct Shania Twain 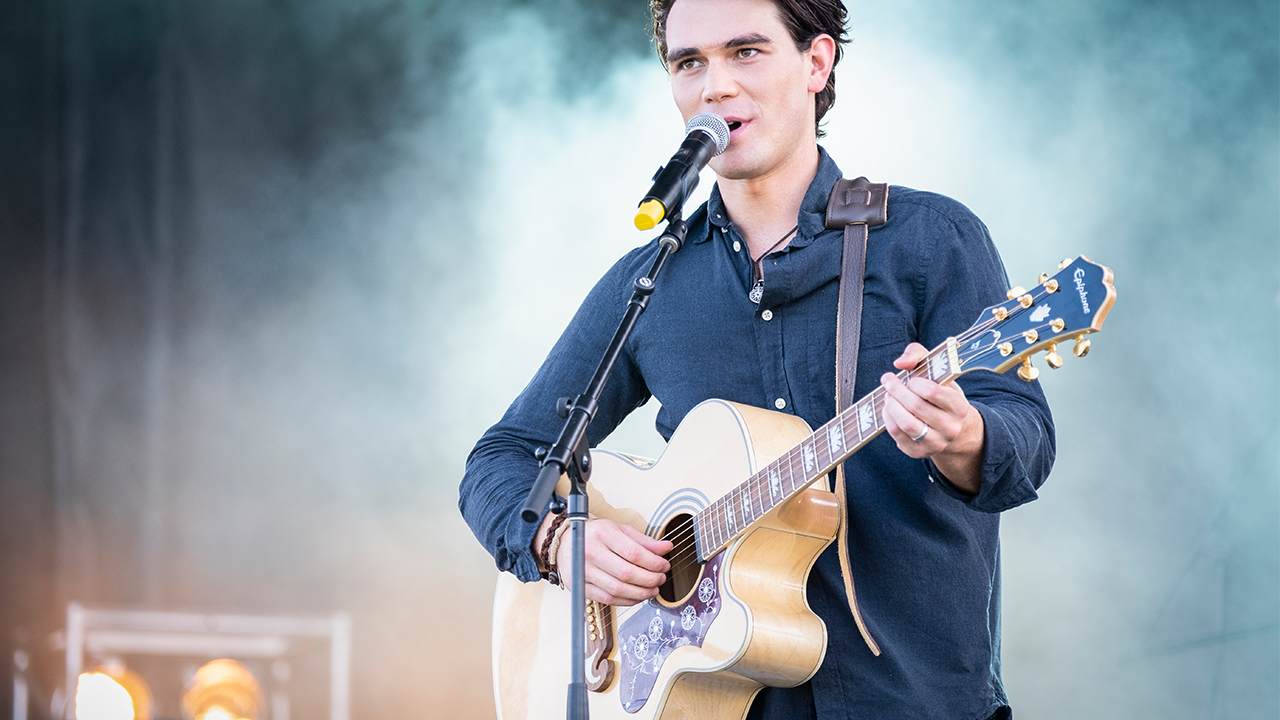 KJ Apa is the star of the hottest teen drama on television right now, the CW's "Riverdale." So imagine the surprise of Christians everywhere when he started expressing his love for God on every network television show he could to promote his new film, "I Still Believe."

Apa, the 22-year-old breakout star from New Zealand, stars in "I Still Believe" as Jeremy Camp, a Christian singer-songwriter who married his first wife Melissa despite her very grim diagnosis of ovarian cancer. She died within their first six months of marriage. Their beautiful romance is captured brilliantly by Apa and his co-star Britt Robertson, with whom he'd previously starred in "A Dog's Purpose."

Getting the two young stars right was crucial, explained brothers and directors Jon and Andrew Erwin in a recent Townhall interview. As Andrew explained, their criteria for their leading man was someone with star appeal who could do his own singing while being emotionally vulnerable. Easy, right?

"I was late to the party with the whole 'Riverdale' thing," Andy admitted. "The kid has blatant star appeal."

But it took some convincing to get Apa to take the role, largely because of what would be expected of him onstage. He's comfortable with a guitar in his hand, having busked on the streets of New Zealand as a kid. But he'd be the first to tell you his singing abilities are limited.

"He turned down the role a couple of times because of the music," the Erwins explained. "Singing is new to him, so he was nervous about that."

The Erwins introduced him to a team that helped him with his vocals. They recalled a "really cool moment" when AJ was being very hard on himself and one of the coaches asked if he can hit a certain note. He said he could, and the coach told him, "That’s the highest note in that song so don’t tell me you can’t do it."

"He let down his guard and went for it," the Erwins said. "He's got an artist's voice. It's what Ed Sheeran would do if he was covering a Jeremy Camp song."

Of course, Apa told the directors that this was "Melissa’s story," and that whoever they cast as her was "very important to him. He thought of Robertson, who he "absolutely adored."

"I've never seen two dance partners be more unselfish with each other," the Erwins marveled.

It wasn't just Apa's star appeal. The directors were drawn to Apa's strong background of faith, which they say "elevated the material to a whole new level."

"It was so incredible and moving to watch KJ talk about his belief and his faith," Jon said. "I could not believe more fully in a young actor. We love him. He’s an incredible person."

And they don't just mean in the film. The actor has been unapologetically, courageously, sharing his faith during the "I Still Believe" press tour. Below, for instance, is his recent interview on "The View," where he told the co-hosts, "I feel like God really anointed this film and I've never been so proud of anything in my entire life."

"It’s not a talking point for him, it’s personal," the Erwins said. "It takes away the stigma of what a person of faith can be."

These talented kids were accompanied by a couple of legends on set. The Erwins managed to convince both Gary Sinise and country singer Shania Twain to portray Jeremy's parents in the film. Sinise has been a mentor to them for years, the brothers explained, encouraging them to continue making faith-based films because there are more Christians in Hollywood than they realize. As for Shania, the Erwins admit they were a bit starstruck.

"Shania’s a legend," Andy said. He adds that she's a "non–diva," but she has a "star power" she can turn on when she needs to. And when she does, Erwin said, it is "intimidating."

"You find yourself staring and going, 'That’s Shania Twain,'" Andy admitted. "I got starstruck several times I was supposed to be giving her notes."

But there was no need to be, he continued, because Twain was "so open to learning, so approachable and humble."

What a story, and what a cast to tell it. "I Still Believe" is in theaters now.