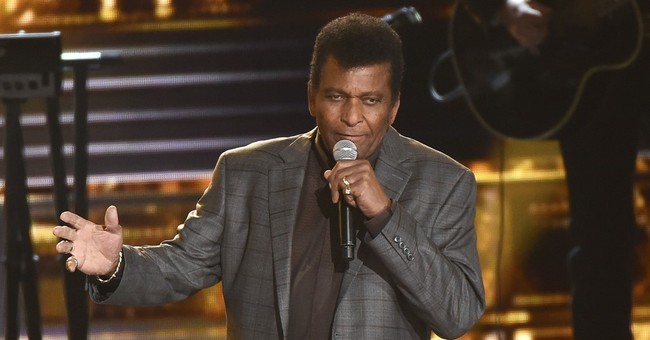 Country music legend Charley Pride has reportedly died from complications from COVID-19. The pioneering black country music star was a legend in the country music industry with over two dozen number one hits.

Born in Mississippi in the 1930s, Pride picked cotton before playing baseball in the then-segregated leagues. Pride served in the U.S. Army and worked in a Montana smelting plant before breaking out as Nashville's first black superstar, Rolling Stone reported.

While accepting a Lifetime Achievement Award in 2008, Pride addressed his experience as a black singer in the country music industry.

"My older sister one time said, 'Why are you singing THEIR music?'" Pride recalled. "But we all understand what the y’all-and-us-syndrome has been. See, I never as an individual accepted that, and I truly believe that’s why I am where I am today."

Pride told the Associated Press in 1985 why he believes entertainers should not become too political. "Music is a beautiful way of expressing oneself and I truly believe music should not be taken as a protest," Pride said. "You can go too far in anything — singing, acting, whatever — and become politicized to the point you cease to be an entertainer."

According to Rolling Stone, the singer "scored 52 Top 10 country hits, including 29 Number Ones, and was the first African-American performer to appear on the Grand Ole Opry stage since Deford Bailey made his debut in the 1920s. Pride became an Opry member in 1993. In 2000, he was inducted into the Country Music Hall of Fame."

Pride passed away in Dallas on Saturday. He was 86 years old.

Rest In Peace. My love and thoughts go out to his family and all of his fans. - Dolly (2/2)

So saddened to hear about the passing of Charley Pride. Prayers for his wife Rozene and his family.

I’m so sad to learn that Charley Pride has passed away at the age of 86. Charley opened doors for so many artists and I was proud to record with him and to know him as my friend. He will be sorely missed, but his music will live on forever. Deepest condolences to his family. pic.twitter.com/rgXppJW2pN

Charley Pride will always be a legend in Country music. He will truly be missed but will always be remembered for his great music, wonderful personality and his big heart. My thoughts are with his wife Rozene and their family. RIP, Charley. pic.twitter.com/2IYFfx4kLo