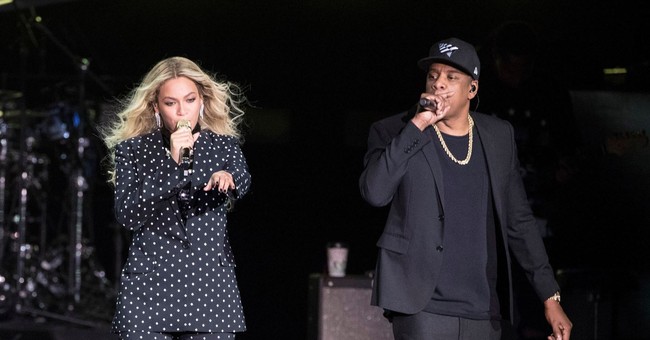 Jay-Z has entered into a partnership with the NFL, spearheading the Football League's "Inspire Change" program. The program focuses on "education and economic advancement, police and community relations, and criminal justice reform." So far, the program has rolled out a series of public service announcements focusing on several issues, including police violence. The rapper is also in charge of the NFL's entertainment and music section, including coordinating the Super Bowl halftimes performances.

Jay-Z was criticized for entering into a partnership with the NFL after Colin Kaepernick was seemingly ostracized by the league for taking a knee during the national anthem. The so-called protests started by Kaepernick's antics helped drive down viewership for the NFL.

Kaepernick has alleged that the NFL is conspiring to keep him from playing, and Jay-Z has come to the former quarterback's defense.

"No one is saying he hasn’t been done wrong. He was done wrong," Jay-Z said in a recent New York Times interview. "I would understand if it was three months ago. But it was three years ago and someone needs to say, ‘What do we do now -- because people are still dying?"

After attempting to help Kaepernick make a return to the league, Jay-Z was reportedly unhappy when Kaepernick turned a recent workout with the NFL into just another publicity stunt.