Time for Republicans to Get Creative 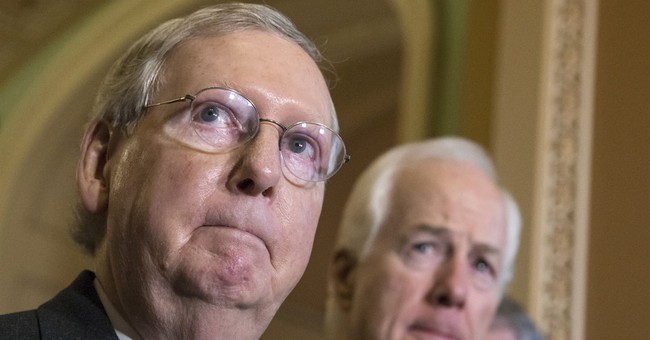 Trending
Republicans in Congress made a statement this week. They passed legislation that would defund Planned Parenthood for a year and overturn several large portions of Obamacare. Senate Majority Leader McConnell called it a “promise kept”, and while President Obama will surely slap it down with his veto pen, it at least serves as a symbol for Republicans as they look towards November 2016.

It’s a symbol of moderate hope - that Republicans are committed to alternatives to Obamacare, that they recognize the Planned Parenthood horrors of recent video exposés, that they will actually continue to push to fulfill their commitments despite some past failures. And it’s highly encouraging that they took these steps without shutting down the government again.

From a pragmatic standpoint, of course, this is an easy vote for most Republicans. Their base is highly pro-life and anti-Obamacare, and since this legislation will be vetoed, they won’t have to deal with any fallout from crippling Obamacare. Leading into next year’s elections, they can claim that they voted against Planned Parenthood and Obamacare, while Democrats and the President continued to support both. There is good fundraising material there.

The real test will come in 2017, if the Republicans are somehow successful in gaining the White House and keeping both houses of Congress. Given the very real prospect of overhauling healthcare and defunding Planned Parenthood, would they still do it? A hopeful Republican voter base is certainly counting on it.

Defunding Planned Parenthood is straightforward, but replacing Obamacare would be a massive task, and Republicans need to dig deep. There are good conservative options for improving our healthcare system in the U.S., but they are poorly defended in the public square, if mentioned at all. Republicans need a far more robust policy portfolio if they are to gain the White House and keep Congress.

Thankfully, new House Majority Leader Paul Ryan agrees. In his recent speech at the Library of Congress, he proclaimed:

And the general electorate may prove amenable if the Republicans present good ideas correctly. The country continues to be fairly evenly split on abortion, with a large portion of the electorate believing that abortion should be limited, so targeting the particularly horrific practices of Planned Parenthood should have wide appeal.

As for Obamacare - the

In his speech, Ryan explained that Republicans need to think bigger than reversing Obamacare. He outlined goals for improving the tax code, offering a true alternative healthcare plan, reforming entitlements, taking an aggressive approach to trade agreements, and bolstering the military.

Ryan has a reputation as a policy-oriented guy. Hopefully his emphasis on real policy and good ideas will motivate Republicans across the board to offer creative, positive solutions to our current predicaments. Or else they could be faced with an electoral victory that bears no fruit. It will not do to merely oppose the other side when you have the reins of government. It will not do to simply claim, as some candidates currently do, that you will just make it happen. Republicans must put forward practical policies if they are sincere in their desire to improve our government and secure our future.