Have We Reached the End of Reason in Policymaking?

Young Voices Contributors
|
Posted: Aug 18, 2021 12:01 AM
Share   Tweet
The opinions expressed by columnists are their own and do not necessarily represent the views of Townhall.com. 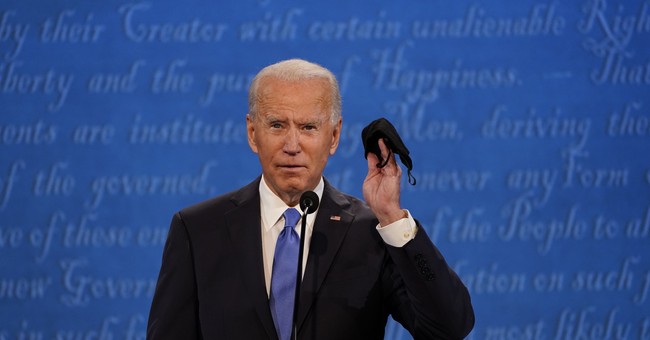 Editor's Note: This piece was authored by Justin Begley.

With renewed mask mandates and guidelines in place, our policymakers are showing Americans their abandonment of reason. In fact, we are currently living in an age where reason is no longer a virtue, but a vice.

In our culture of confusion, elected policymakers, influenced by unelected government bureaucrats, have abandoned their duty to institute policies that actually help Americans, choosing instead to make policy performatively — that is, to impress (or appease) a small minority.

They make policy, not on the basis of reason and scientific evidence, but on the basis of a post-truth ideology where objective truth exists but is disregarded as unimportant. We see this in the redefining of “science” as whatever experts like Dr. Anthony Fauci and Dr. Rochelle Walensky say — regardless of if their statements are factual — rather than maintaining a systematic study of the world through observation and experiment.

We see this post-truth definition of science play out in the handling of COVID-19 policy. The fact that mask mandates are not particularly effective, especially against the highly transmissible Delta variant, is of little concern to policymakers. They aren’t following the science, they’re following fallible scientists, exalting the "experts" in blind faith.

Consequently, the public messaging and policy positions impact the way Americans think, what we believe to be true, and how we make decisions. Thus, “objective” truth has become whatever the “experts” say rather than what science actually says, resulting in a technocracy rather than a meritocratic democracy. These “experts” are taking advantage of Americans, who are looking for something objective to hold on to, by advising performative policy rather than good, effective policy.

Unfortunately, performative policymaking is not a new phenomenon but is becoming increasingly pervasive as the culture of confusion persists and as policymakers ignore truth to chase what they desire, namely, adoration from the “experts.”

The new mask guidelines and mandates for both the unvaccinated and vaccinated is an obvious example. Policymakers’ reasoning for such guidelines: “the science!” with no additional explanation.

San Francisco, for instance, reinstated its mask mandate for all indoor public settings, despite boasting a 7-day rolling average death count of zero.

U.S. Surgeon General Vivek Murthy went as far as to say that people should be “wearing that mask even if you are fully vaccinated, wearing it outside…” in an interview with MSNBC.

Apparently shutdowns are not off the table either. In a press conference on Monday, Press Secretary Jen Psaki said that while the Biden Administration does not want more shutdowns, “we are going to be guided by the science, guided by our public health experts, and we’re not going to take options off the table, what they may recommend.”

So, the Biden Administration is giving authority to unelected government bureaucrats (with agendas) to make potentially detrimental decisions that impact everyone’s lives because of “science,” whatever that means.

Mask mandates and lockdown measures at this point are patently unscientific, void of reason and inconsistent with the data. When lockdown measures and mask mandates were originally implemented in March 2020, New York and California were among the worst states in terms of COVID-19 cases and deaths, despite having some of the most restrictive mask and lockdown policies in the country.

When several counties in each state locked down again in November, and continued to maintain mask mandates, daily cases increased by 555 percent in New York and 1090 percent in California while Florida, which did not lockdown nor have a mask mandate, saw increases of 537 percent. In Texas – when the state removed its mask mandate on March 2 – daily cases continued to decline, dropping 84.94 percent through June 15. This is significant because June 15 is the day that New York and California removed their mask mandates for vaccinated people.

Continuing to push masks does little except undermine peoples’ perceptions of vaccine efficacy and annoy people who are already protected by the vaccine.

Vaccines are remarkably effective in reducing the probability of infection and the severity of illness if infection occurs. They are also robust to variants of COVID-19, including the Delta variant.

What’s more, vaccines are widely available and over 50 percent of the population (and roughly 75 percent of those above the age of 65) are fully vaccinated. And according to Dr. Marty Makary from Johns Hopkins, more than half of those who haven’t been vaccinated have natural immunity, a truth largely ignored by the “experts” and policymakers. Thus, it is clear that implementing new mask mandates and guidelines is absurd.

It shows that politicians have bent a knee to a group of experts armed with post-truth ideologies who feed the culture of confusion to influence politicians’ beliefs and, consequently, their policy.

We need to return to using reason in the way we form beliefs and make decisions.

Americans ought to constantly evaluate what is true to check if our policymakers are acting in our best interest, which more often than not requires an acceptance of the truth. Otherwise, we too will be sucked into the culture of confusion with no hope of return to reason.

Justin Begley is a contributor with Young Voices. He is also an M.S. candidate in Economics at Florida State University and a Frédéric Bastiat Fellow for Public Policy at the Mercatus Center at George Mason University. His writing has appeared in various outlets including the Washington Times, the Detroit News, and Townhall.