American Politics is a Continuous Campaign, But That’s Okay

Young Voices Contributors
|
Posted: Jul 27, 2017 12:01 AM
Share   Tweet
The opinions expressed by columnists are their own and do not necessarily represent the views of Townhall.com. 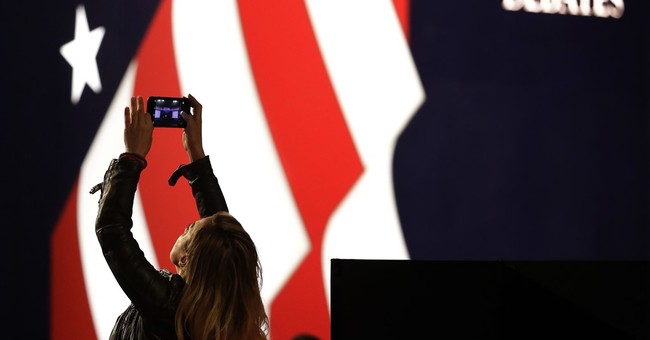 Editor's Note: This column was written by Kayla Gowdy.

On June 28th, President Donald Trump held his first fundraiser for his 2020 reelection bid––1,223 days before the next election.

The 2016 election cycle commenced more than a year before Election Day with Ted Cruz’s announcement on March 23, 2015. In its entirety, 597 days and $6.8 billion were spent to shape the fate of the White House, the Senate, and the House of Representatives. Initially, these statistics seem horrendous, but when broken down, a continuous campaign proves the beauty of a democratic system.

Larry Sabato’s Crystal Ball, from the University of Virginia Center for Politics, released the first round of predictions for the 2018 mid-term elections on December 8th, 2016––only 30 days after an exhausting and bewildering 2016 election cycle. Even before the 115th Congress or  President-elect Trump was sworn in, predictions were floated for what the election map would look like in just two short years. The Atlantic published an article in October of 2016 titled: American Elections: How Long Is Too Long? That answer does not exist. American political life is a continuous campaign, but that’s okay.

Campaigns serve multiple purposes, but three functions rise above the rest: expressing the First  Amendment, vetting the candidates and creating a well-informed electorate.

In the simplest sense, campaigning is a legitimate use of one’s First Amendment rights. In a free society, citizens have the right to express what they believe, and political speech is no exception. Speech is a basic liberty that seems to be under attack in modern society and––especially at a time like this––it is important to protect the right to express a political opinion.

This right extends to those seeking office. If the ultimate purpose of a campaign is to persuade a constituency why a certain candidate is best to lead, he or she deserves unfettered access to communicate ideas. Restricting campaigns would restrict the First Amendment.

Sixty-five countries around the world have some manner of restrictions on campaigns or elections. The French election cycle in 2017 lasted 27 days. The official campaign period in Japan is 12-17 days. What could possibly be learned about a candidate in such a short amount of time? Herman Cain, for example, was the frontrunner to be the Republican nominee for President in October of 2011, but just 24 days later, two women accused him of inappropriate behavior, forcing him to suspend his campaign by early December. Time is required to discover if someone is worthy of  holding public office.

Longer campaigns allow for candidates to be properly vetted, and in return, the American people are able to feel more confident when they cast a ballot in someone’s favor. The campaign is the vetting process and if that time is limited, then so are the resources available to sort through which candidate is most qualified for office.

It’s normal for a candidate’s more eclectic policy stances to reveal themselves late in the election cycle. The longer that election-watchers have to look for these stances, the greater the likelihood that they will not stay hidden. Similarly, any candidate can speak in talking points, but what happens next?

Of course, no system is perfect. Some candidates might still win that others classify as unqualified, but the answer to that problem is not a limitation on campaigns. But there are many good side effects that come with our long deliberation process.

The beauty of a free market is that if people are upset with the current equilibrium, the market corrects itself. People may claim to be unhappy with perpetual campaigns, but election coverage in 2016 continuously shatteredcable news ratings. Americans’ revealed preference shows that they are, in fact, content with a perpetual election season.

Kayla Gowdy is a recent graduate of Ashland University with a Bachelor’s Degree in Political Science and Economics. Follow her on Twitter @KaylaForAmerica.