Young Voices Contributors
|
Posted: Jul 18, 2017 12:01 AM
Share   Tweet
The opinions expressed by columnists are their own and do not necessarily represent the views of Townhall.com. 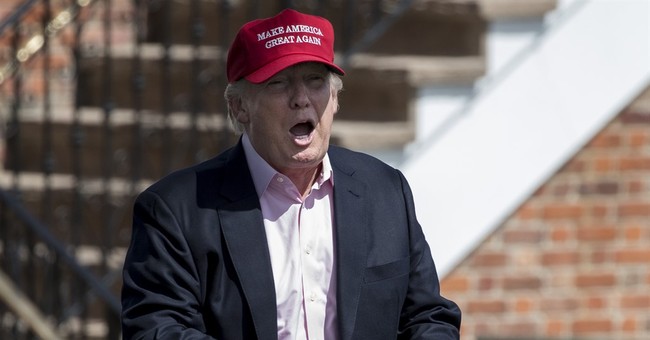 Editor's Note: This column was written by Andrew Wilford

President Trump wants to impose tariffs on imported steel. Despite threats by the rest of the G-20 to enter into a transatlantic trade war in response, Trump remains undeterred, yet another reminder that Trump’s proposal represents a shortsighted handout for the domestic steel industry that will only end up harming the American economy. Rather than hiding behind specious national security arguments to justify protectionism, Trump should be up-front about what steel tariffs represent: another unnecessary tax on the American consumer.

The Trump administration’s main rationale for steel tariffs has been that the United States’s steel industry is too weak to provide raw materials for the American military. Trump has been focusing on this justification (rather than his real objective of protecting the steel industry) so he can use an obscure rule that gives the president power to impose tariffs if foreign imports cause a national security threat. According to Trump, steel imports need to be restricted in order to allow the domestic steel industry to grow strong enough to supply the military––thus the national security justification.

But this argument drastically overstates the threat the United States faces from insufficient steel to supply the military. Only 3 percent of domestic steel production from last year went towards defense and national security, suggesting that there is more than enough steel being produced in the country to supply the military should the need arise. Steel has also declined in importance as a necessary raw material to the military, with high-tech plastics and smart fabrics becoming far more important.

Additionally, complete reliance on domestic steel would almost certainly be unnecessary, even in the face of a national security threat, so the administration’s justifications are even more hollow. Despite the fact that three-quarters of steel consumed domestically came from within the country last year, eight of the top ten countries that the U.S. imports steel from are allies or other friendly nations. Together, these countries make up about three-quarters of American steel imports. In almost any scenario, the United States could continue to rely on steel imports from these countries as steel production declines domestically, particularly neighbors Canada and Mexico (who are among the top four exporters of steel to the United States).

Of course, the real reason that the President wants to impose tariffs on steel imports is to protect the American steel manufacturing industry from foreign competition. The well-connected industry that stands to benefit from tariffs has voiced strong support for Trump’s policy, and it is no coincidence that steel mills in the United States are heavily concentrated in Southern and Rust Belt states that voted for Trump. But while the President’s political favorites reap the rewards, other Americans will suffer.

The clearest consequence of steel tariffs will come in the form of retaliatory tariffs. The EU has already singled out the bourbon industry as a target for retaliation, possibly hoping to divide Republican leadership through targeting Mitch McConnell’s home state. Kentucky bourbon represents a 20 percent share of the $654 million in U.S. spirit exports to the EU, and the industry as a whole is an $8.5 billion industry in Kentucky. Representatives of the Distilled Spirits Council of the United States have warned that retaliatory tariffs would negatively impact consumers and producers of distilled spirits.

Even if other countries did not respond with their own tariffs, steel tariffs would still not represent good economic policy. Advocates of steel tariffs have claimed that they would punish China, as a nation which “dumps” steel on the world market, yet China does not crack the list of the top ten exporters of steel to the United States and would not be seriously damaged by sanctions. Instead, downstream industries in the U.S. which rely on steel as a raw material would be the hardest hit, as prices would rise and quality would decrease, since tariffs artificially restrict competition. Auto industry manufacturers alone are responsible for over 900,000 jobs, while steel companies employ less than 150,000. The U.S. Tire Manufacturer’s Association has testified that steel tariffs would cause a significant disruption in tire production. Trump would be damaging far larger industries in the name of protecting a single smaller industry.

The president should abandon his attempts to launch an unnecessary trade war over steel. American corporations do not need any more bailouts, and this one would have serious unintended consequences.