The False Promises of Renewable Energy

Young Voices Contributors
|
Posted: Jul 11, 2017 12:16 PM
Share   Tweet
The opinions expressed by columnists are their own and do not necessarily represent the views of Townhall.com. 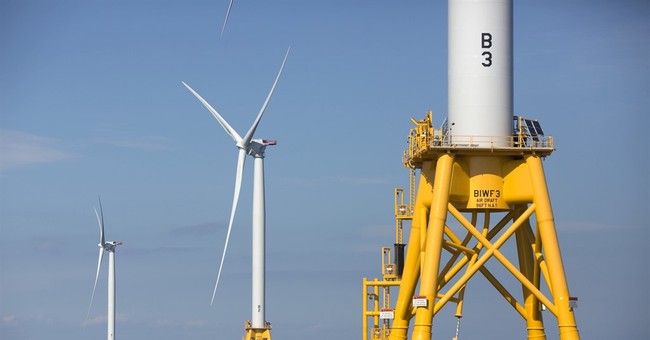 Editor's Note: This column was authored by Don Lim.

At the G20 summit, German Chancellor Angela Merkel rebuked President Trump’s decision to withdraw the United States from the Paris Climate Agreement earlier this year. Investment in renewable energy, however, will not reach the outcome proponents of the Paris Agreement hope for, such as reducing CO2 emissions and environmental impact while, at the same time, providing reliable electrical generation. Renewable energy is touted as the way of the future by world leaders and news outlets, but these claims are often misleading. Headlines in California make it seem like most of the state’s energy is generated via renewables—but this excludes Los Angeles, California’s largest city by a long shot. Similarly, France and Germany have also made headlines on their progress. However, such statistics misguide readers. In fact, many articles talk about electric generation but exclude transportation and machine manufacturing needs—which are essentially all powered by gasoline and diesel.

Reports on the smashing success of renewable energy perpetuates the belief that such a transition is easy and available anywhere. Geothermal energy, for example, is heat derived from the earth’s surface. However, this requires locations where magma is close to the surface—and this phenomenon is extremely rare. Only nine states generate electricity from geothermal, nearly all of it from California and Nevada.

Hydroelectric, a seemingly ideal renewable source, has become increasingly controversial. Hydroelectric energy is energy generated through flowing water, most commonly through dams. While thousands of dams worldwide are still currently undergoing construction or planning, backlash has occurred in Laos, China, and Brazil over displacing local inhabitants and disrupting ecosystems. Indeed, the removal of the world’s largest dam, the Glines Canyon Dam, was celebrated as a restoration of nature and wildlife.

Solar and wind energy are viewed as non-polluting and “free,” yet their environmental impact is often glossed over. Solar requires large swathes of open-space, pristine land—which sometimes means clearing thousands of trees. Not every state or country has the land necessary to effectively transition to solar. Wind turbines also need large amounts of land and are dangerous for wildlife, resulting in over 1.5 million bat, bird, and raptor fatalities each year in the United States.

The problem with renewable energy, however, goes further. Although there are days where solar and wind can reach peak output due to favorable conditions, in 2017, renewable energies (like hydroelectric, wind, and solar) contributed to only 14 percent of total electricity generated while natural gas and coal contributed over sixty percent. Proponents of solar energy also celebrate that in the U.S., the solar industry employs more people than oil, coal, and natural gas combined. It’s worth noting, though, that solar energy produces only about 1percent of U.S. electricity. Contrary to assertions made by writers at CNN and Forbes, this is not beneficial to the U.S. economy. If the U.S. employs more people to produce less, that, by definition, is inefficiency, and drives up the cost of the already expensive electric costs in California—and the rest of America.

In February 2017, California Senate leader Kevin de León (D-Los Angeles) proposed a measure, SB 584, requiring all of the state’s electricity to come from renewables by 2045. However, this measure—among other state and federal measures—ignores the increased costs imposed on the public, which disproportionately affects the poor. Cheaper electricity provides the least fortunate with more options and lowers the cost of living. Ensuring electrical systems respond rapidly and for enough individuals is tantamount. Electric availability for vital activities such as hospitals saving lives or meal preparation is not merely a luxury, but a necessity.

Americans, in reality, pay twice for their electricity: first, through their bills and second, through their taxes. A recent study from the Institute for Energy Research (IER) found, on average, the total lifetime costs of a thermal solar plant was almost four times more than that of a conventional natural gas plant. As for federal subsidies, taxpayers spent more than $13.2 billion in FY 2013 to electricity-related renewables. While coal and natural gas also receive subsidies, albeit fewer, Americans should also stop financing these industries and contributing to a costlier energy bill.

Renewable energy, over the past few decades, has become more efficient and cheaper. They are, however,  still a far cry away from being as cheap, reliable, and efficient as natural gas. Frequent promises about renewable energy largely exaggerate the benefits while downplaying the evasive financial and environmental tradeoffs. The public should be mindful about the true costs of energy. Climate change is indeed occurring and after four decades and billions spent in funding, renewable energy has not followed through with substantial results. Market-based solutions, despite consistent interventions and hampering, have continued to provide cheaper electricity and reduced CO2 emissions, which consequently, and perhaps ironically, benefits both the consumer and the environment.

Don Lim is a current Young Voice Advocate who resides in New Jersey. He is a graduate from the University of Michigan and will be attending a master’s program in International Politics at the CEVRO Institute in the fall.