Yael Eckstein
|
Posted: Mar 07, 2021 12:01 AM
Share   Tweet
The opinions expressed by columnists are their own and do not necessarily represent the views of Townhall.com. 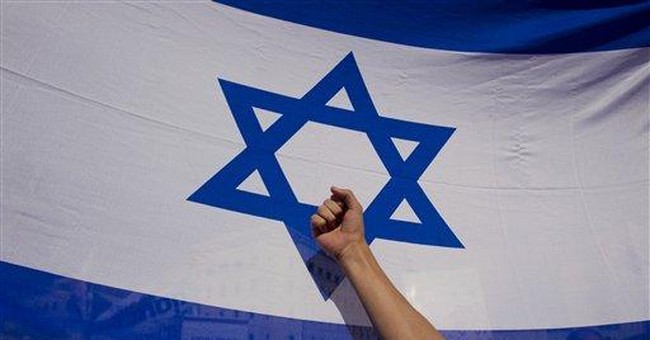 Growing up, my parents instilled in me the belief that I could achieve any goal that I was called to pursue. I am the youngest of three girls, and my parents were very aware that they were raising women in a world often dominated by men. But rather than letting that intimidate us, they empowered us. Both my father and my mother assured this once-young girl that there was nothing out of reach for me.

Sometimes I wondered why they would keep reinforcing this message. From an early age I had just assumed that both girls and boys could do, and could be, whatever they wanted. It was only when I was older that I observed women weren’t always afforded the same opportunities as men. I then understood that, as a woman, I had to make a special effort to follow their advice, to stand up for myself, and to openly express my concerns and opinions. And I learned too that it was equally important to always do so in a spirit of love and friendship – to build bridges, rather than tear down relationships.

My husband and I have been blessed with four children, two boys and two girls. While we love each of them equally of course, we are well aware that our girls will face unique challenges as they navigate their way through the world. To equip them to be successful and responsible citizens, we look first and foremost to our faith. From Deborah and Miriam, to Jael, Esther, and a host of others, the Bible is filled with stories of women leading and defending their people.

But we also look to the wonderful example set by my parents in raising my sisters and me – and to the values embodied by the society and institutions of the country where we live: Israel.

We feel blessed to be raising our daughters here. Israel has long offered her female citizens – regardless of ethnicity or religion – fundamental freedoms like the right to vote, freedom of speech, equal access to education and the workplace, and no special restrictions on dress. In Israel, women are protected by law from discrimination. In fact, Israel’s Declaration of Independence grants “all Israel’s inhabitants equality of social and political rights irrespective of religion, race, or gender.”

In 1951, three years after declaring statehood, Israel passed legislation guaranteeing women the right to live in dignity by providing equality in work, education, health, and social welfare. According to a policy adopted by Israel’s Ministry of Education, the state’s schools are required to provide equal opportunities for members of both sexes and introduce programs designed to encourage a culture of gender equality. Dozens of women have served in the Knesset (Israel’s parliament), and when she was elected in 1969, Prime Minister Golda Meir was Israel’s first and the world’s third female prime minister.

In these and many other ways, Israel stands head and shoulders above many of her neighbors in upholding fundamental human rights and freedoms for women – and stands as one of the great champions of women’s rights in every corner of the globe.

On March 8, the world will mark International Women’s Day, recognizing the contributions of women to our world. As we recognize these achievements, we acknowledge that both data and experience show that we still have a way to go before we reach full equality of opportunity between the sexes. Yet we also have to recognize how far we’ve come. It is hard to imagine that it was only a little over 100 years ago that the U.S. began to grant women the right to vote. Clearly, we have made great strides.

As the head of the International Fellowship of Christians and Jews, I am proud of the programs we support that offer financial, educational, spiritual, and medical assistance to women in need around the world. I’m proud of the fact that we have a diverse staff that includes wonderful people of different ethnicities, nationalities, and faiths, and that we have women filling important roles at all levels of the organization, including at the board and senior leadership levels.

And as a mother, I am grateful that my daughters – and my sons – are growing up in a nation where women can experience all the promises of life and liberty. I hope and pray that one day all countries will embrace these same values, and that not just women’s rights, but full human rights, will be enjoyed by all of God’s children – wherever they happen to live.

Yael Eckstein is the president of the International Fellowship of Christian and Jews. As President of The Fellowship, she also holds the rare distinction of being a woman leading one of the world’s largest, religious not-for-profit organizations, having raised $1.8 billion — mostly from Christians — to assist Israel and the Jewish people. She is the author of the newly released “Generation to Generation: Passing on a Legacy of Faith to our Children.