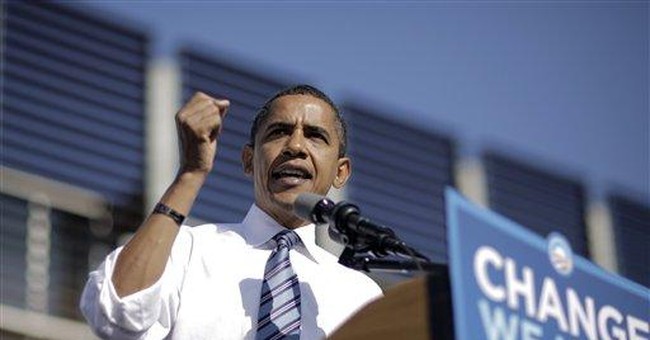 If Sen. Barack Obama loses the presidency or wins by far narrower margins than the double-digit lead some mainstream media polls predict, his weak performance will not be the result of the so-called “Bradley Effect,” which holds that black candidates underperform at the polls due to latent racism. Rather, the true culprit will be something public opinion scholars call the “Spiral of Silence Theory.”

In the 1970s, German political scientist Elisabeth Noelle-Neumann introduced a provocative and startling theory of mass communication she called the “Spiral of Silence.” Noelle-Neumann argued that when mass media create an impression that the majority of society holds one view on a topic, those who hold minority opinions are cowed into a “spiral of silence” for fear of reprisal or isolation from those in the majority.

Since Noelle-Neumann introduced the Spiral of Silence, many studies have confirmed her theory. In fact, some scholars have discovered that her theory seems even more accurate when applied to the Internet than television alone.

Whether Mr. Obama’s chief political strategist, David Axelrod, has knowingly leveraged the Spiral of Silence phenomenon is unclear. However, with more than willing accomplices in the liberal mainstream media, Mr. Obama has ridden a mediated tidal wave of support through the jaw-dropping imbalance of positive news coverage his campaign has received. If the Spiral of Silence thesis is accurate, this means that the lopsided liberal coverage—not Mr. Obama’s race—will have been responsible for silencing support for Senator McCain in national polls.

Compounding the Spiral of Silence phenomenon are the ever-popular “poll of polls” that have emerged this presidential cycle more than in elections past. Indeed, every day journalists and columnists cite in their stories these aggregate poll ratings. Yet most serious public opinion scholars believe that there are real methodological problems with averaging multiple poll results. As President Ronald Reagan’s pollster and chief political strategist, Dick Wirthlin, explains, “Averaging polls is kind of like sticking someone’s head in an oven and their legs in ice and then taking their temperature. ‘On average’, they are feeling just fine and at a normal body temperature. But their ‘average’ temperature does not accurately reflect their present reality.”

Here again, following the Spiral of Silence Theory, when questionable polling data—much of which comes from liberal mainstream media outlets—is passed off as incontrovertible fact, individuals who hold minority opinions tend to clam up for fear of social isolation or being ostracized by the majority.

Yet regardless of these facts, should Mr. Obama lose the election or win it with narrower than expected margins, we can be sure that those in the mainstream media and Mr. Obama’s supporters (one in the same, really) will ignore the Spiral of Silence in favor of the so-called “Bradley Effect.”

As with so much else in this presidential election, liberals will not allow “facts” to get in the way Mr. Obama’s messianic message.