The World According to Goodwin Liu 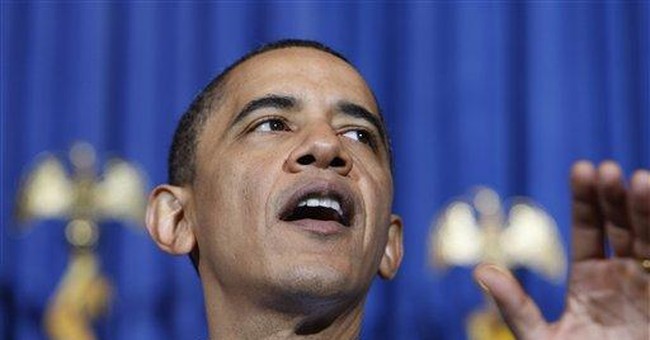 Today, the Senate Judiciary Committee is set to begin confirmation hearings on Barack Obama’s nominee to the Ninth Circuit Court of Appeals, Goodwin Liu. Liu’s record itself is rather unremarkable. He has no judicial experience. He only practiced law privately for a little more than 20 months.

However, one thing certain to slow down the confirmation of Liu, a University of California at Berkeley law professor, is his highly controversial worldview on “distributive justice.” One need look no further than Liu for a window into how Obama truly views the Constitution and rights, and importantly, what role of courts will have in adjudicating those rights.

What is a right? Whatever society says it is, according to Liu. Liu believes that federal courts have a responsibility to render decisions based upon a societal consensus that persons possess a right to certain goods and services, a consensus of “how a society understands its obligations of mutual provision.”

In 2008, Liu wrote that “the existence of a welfare right depends on democratic instantiation in the first instance, typically in the form of a legislated program, with the judiciary generally limited to an interstitial role.”

In lay terms, in Liu’s world, the proper role of the federal courts is to distribute welfare. If the federal government offers a subsidy, a benefit or some other type of welfare, then everyone is entitled to it in the eyes of the law.

Under Liu’s theories, it would be logical to say that everyone is entitled to Godiva chocolate because Congress subsidizes sugar production. In the world according to Liu, if there were a societal consensus that everyone should have a horse because the government subsidizes the grazing of wild mustangs or the racing industry, then Congress would constitutionally be obligated to allocate a horse to every man, woman, and child.

Under his theory, it would be reasonable for NASA to produce a space rocket for every American. After all, why should just the astronauts get to see space? If there were a societal consensus to spaceflight as a welfare “right,” then Congress would have to find the funds for the “Every American in Space” program, regardless of the cost.

There would be neither extent nor limit to what could be argued for in court and then for what Congress would be forced to allocate the resources for. Using his logic, Liu could take ObamaCare and turn it into a single-payer system by judicial fiat in a single court decision.

In short, Liu would legislate from the bench that taxpayers have a responsibility to pay for other people’s lives. As one of our readers, Bill Matthews, wrote in recently in response to the passage of ObamaCare, “Why work? Why Save? Why invest?” He wrote that he was moving and going on welfare and Medicaid.

Mr. Matthews has it exactly right. In Liu’s world, it would make more sense to sit around and do nothing. Why bother? Government will take care of everything.

The generations of immigrants from Italy, Poland, China, Mexico, and elsewhere who moved to America to work and get themselves ahead so they could one day pay for their children’s education? Saps! They could have gotten it all for free in Liu’s world.

Goodwin Liu would single-handedly destroy the American dream of working hard, saving for the future, and advancing oneself through the determination to succeed. He would replace it with a nation of idle government dependents who wait around for their checks to come in the mail before venturing out to merely consume, producing nothing.

In reality, who would want to invest in U.S. treasuries — i.e. lend money to Congress — if that money would just be wasted away by the unoccupied? Those investors know that eventually, if there are no taxpayers, there will be no interest paid on those treasuries.

Liu’s worldview, if it were the law of the land, would make America a bad investment. Perhaps that is his goal: to weaken America by indenturing its citizenry.

His view on the Constitution? Liu believes the Constitution is as flexible as taffy on a hot summer day, to be bent and twisted into whatever he wants. As reported by National Review Online, in promoting his book, Keeping Faith with the Constitution for the American Constitution Society, Liu suggested in a podcast that, “What we mean by fidelity is that the Constitution should be interpreted in ways that adapt its principles and its text to the challenges and conditions of our society in every succeeding generation.”

Whatever that means, he’d be okay with it, even if it means bankrupting the public treasury. So long as there is a societal consensus for a welfare “right,” the means for providing for that right become secondary. In sum, Liu would violate Thomas Jefferson’s solemn proclamation of the limits of power: “In questions of power, then, let no more be heard of confidence in man, but bind him down from mischief by the chains of the Constitution.” Goodwin Liu would break what remains of those tattered, rusted chains of the Constitution and replace them with the elitist, Ivory Tower rule of the entitlement state.