Bill Phelps was elected Lieutenant Governor of Missouri in 1972. He became widely known as “Full Time Phelps” for carrying out his pledge to become Missouri’s first full time Lt. Governor. He was part of the reform team in Missouri government led by then Governor Kit Bond along with Attorney General Jack Danforth and State Auditor John Ashcroft, all then in their 30s. He was re-elected Lt. Governor in 1976.

A native of Nevada, Missouri, Phelps graduated from the University of Missouri-Columbia with degrees in economics and law, receive scholarship and leadership honors.

At age 26, Phelps was elected to the Missouri House of Representatives from Kansas City, Jackson County and served for 12 years prior to his election as Lt. Governor. In 1980 he ran for Governor and in 1996 was the Republican nominee for U.S. Congress in the 4th District. In 1979-80, he was Chairman of the National Conference of Lt. Governors and from 1991-1999 was President of the National Federation of Pachyderm Clubs.

He is a former Senior Vice-President and General Counsel of American General Corporation of Houston, Texas and a former partner of Morrison Hecker law firm in Kansas City. He and his wife, Joanne, formerly of Macon, Missouri have been married for 32 years. 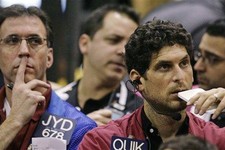