Honoring The Founding Fathers … and Mom

Will Alexander
|
Posted: Jun 21, 2021 12:01 AM
Share   Tweet
The opinions expressed by columnists are their own and do not necessarily represent the views of Townhall.com. 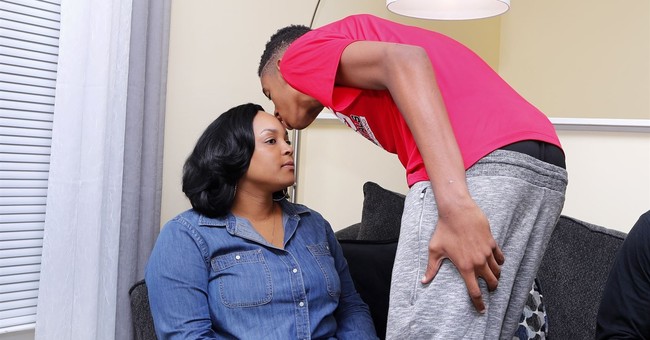 I never celebrated Father’s Day growing up.  My father left my mother after three years of marriage when I was 15 months old.  With the debilitating legal impediments of Jim Crow still on the books in Charlotte, N.C., my father left Mom with two kids, one on the way, no skills, and no support.  He was now free.  I was fatherless.

That was April 1960, four years before LBJ declared his “unconditional war on poverty.”  My father choosing to abandon his family was a seismic event that disrupted the trajectory of our lives for good.

Strangely, 1960 was also seismic for the country.  It launched a decade of disillusioned American youth who chose to abandon their Founding Fathers – many for good.  Today, their 60-year romance to utopian ideas fathered a generation of illegitimate offspring whose national ancestry track more to the political genetics of Karl Marx than to the American Founders.

The 1960s left America and my mother staggering in the same gorge.

The ‘60s produced years of student sit-ins, protests and demonstrations that fathered the landmark Civil Rights Act of 1964.  The Voting Rights Act of 1965 passed three months after my 6th birthday and five months after the first American troops landed in Vietnam in response to the Gulf of Tonkin Incident the previous August.

While civil rights legislation was killing statutory Jim Crow, President Johnson rolled out his War On Poverty programs.  Maria Shriver’s dad, Sargent Shriver, deployed battalions of well-meaning volunteers to “The Other America” to get the “invisible poor” on the programs.

Mom signed up.  With three kids and no husband, the programs helped.  But as Mom would soon learn, the free stuff came with chains.  One day a suspicious neighbor snitched to the welfare people that a man lived in our home.

A stern social worker, in the role of welfare police, showed up at our door on a surprise visit. Exuding government authority, the social worker rummaged through closets and snooped around in every room looking for male clothing – proof that a father, or some man, lived in the home.   She found nothing.

Mom felt violated, betrayed, and infuriated.  What gave the government permission to intrude so deeply into our most private space?  Free stuff.  From then on, the choice between “freedom” and “free stuff” was a no-brainer for Mom.  She immediately disenrolled from the programs, took on two jobs, and a third job in the winter seasons to make sure our Christmases were as normal as possible.  It was extremely difficult, but she gave up her sweet tooth for government free stuff to suffer the hardships of going it alone as sole breadwinner and single mom.

Mom’s act of defiance was made of the same stuff as Massachusetts Minute Man Levi Preston’s defiance in his fight against the British.  Years after the Revolutionary War, historian Mellon Chamberlain asked Preston what all the fighting was about.  Was it the Stamp Act?  The tea-tax?  Was it all about John Locke’s eternal principals of liberty or representation in Parliament?

“Young man,” the old captain replied, “what we meant in going for those Redcoats was this: we always had governed ourselves and we always meant to.  They didn’t mean we should.”

“Give me liberty or give me death” is the genetic material that the founding generation infused into the religious, social, and political life of American culture.  Without it, America is not America!  When you peel away the histories of our wars, the political commotion, the social upheavals, the noisy process of the executive, legislative and judicial processes, it all rested on people like my mom who chose to walk through their own personal Hell for the freedom to govern themselves.

It would’ve been far easier for the American colonists to pay the stupid taxes to King George III.  But they chose to endure the excruciating hardship of blood, death, and war, with no certainty that things would work out.

“To see men without clothes to cover their nakedness,” General George Washington wrote of his soldiers,  “without blankets to lie on, without shoes (for the want of which their marches might be traced by the blood from their feet), and almost as often without provision as with them, marching through the frost and show, and at Christmas taking up their winter quarters within a day’s march from the enemy, without a house or hut to cover them till they could be built, and submitting to it without a murmur is proof of patience and obedience which in my opinion can scarce be paralleled.”

Today, the Founders would be turning in their graves at what America has become.

And the shock wouldn’t be over the authoritarian dictates of the Biden Administration.  Or the totalitarian equity movement.   Or the cultish indoctrination in education, the Draconian COVID mandates, the toppling of their statues and monuments, the butchering of their holidays, or the relentless efforts to strip the military of patriotism and lethality.  Given the tumultuous world of their day, the Founders would’ve understood all this to be in the natural course of human nature.

What would shock the founding generation more is how red-blooded Americans have come to put up with all this dictatorial nonsense for so long.  We shouldn’t.  While there are signs that people have had enough, it’s stunning that the offspring of the ‘60s generation have caused our institutions to deteriorate so far, so quickly.   And they just keep going.

I can muster no honor for the easy freedom that my own father chose so many years ago.  But on this Father’s Day, I honor my mother, who always saw the chains attached to government compassion.  And no matter what new holidays are being invented, we should all honor the Founding Fathers who paid so dearly to keep alive the sentiment that men ought to be left alone to govern themselves.

We need that sentiment today more than ever.